Singer Amanda Palmer, tells us about her music, working as a living statue and horror. 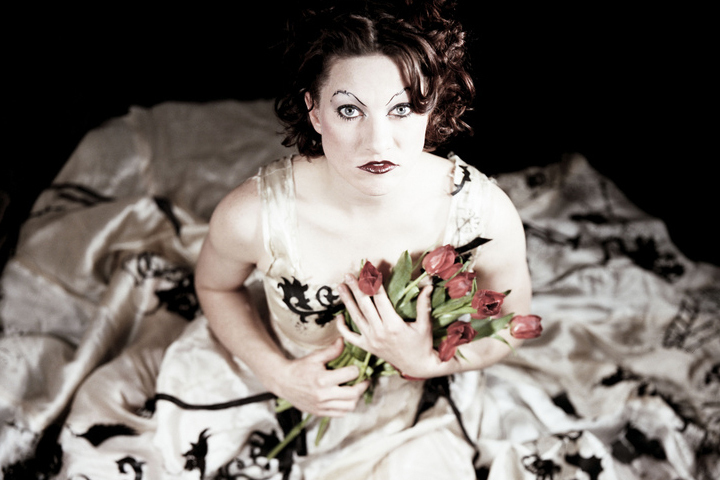 
Amanda Palmer is a Boston-based singer, lyricist and pianist, best known as the lead singer of the Brechtian punk cabaret duo The Dresden Dolls. With four CDs under her belt, including last year's Who Killed Amanda Palmer solo album (produced by Ben Folds), and many collaborations, Amanda is definitely worth looking out for. 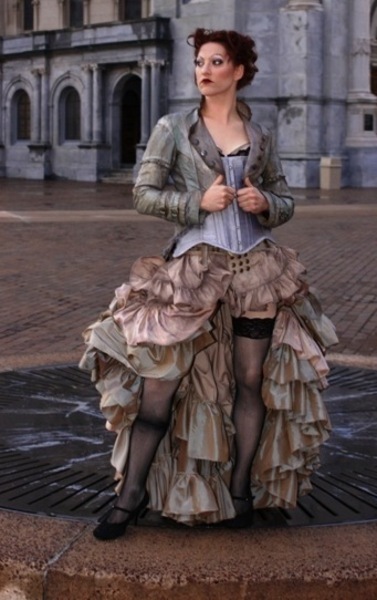 It's mid-September in London and the leaves are already beginning to fall from the trees, Amanda leads me out to the courtyard of the Union Chapel to begin the interview. She pulls a chair up next to me and sits down, munching carrot and houmous, obviously exhausted from a busy weekend – including a performance at the Union Chapel the previous night and an appearance on the Jonathan Ross radio show that morning. “I did a brand new song called The Bed Song”, she tells me. “I butchered the bridge fairly well, but I think it was okay. I didn’t kill it, only maimed it.” Of course, the recording of the show would later prove otherwise – The Bed Song is a beautifully tragic song and she pulls it off wonderfully. It sounds even better live that night.

"I would be really surprised if The Dresden Dolls didn’t play together again, I just don’t know when and where, and how it is going to happen."

The Union Chapel is a fantastic venue; huge and filled with candles and stained glass windows. It doesn't take Amanda long to make it her own. She starts off with Astronaut; a loud, passionate song about a woman dealing with the death of her astronaut husband. The set consisted of a mix of songs from her solo album Who Killed Amanda Palmer (an homage to Twin Peaks), favourites from the Dresden Dolls' albums, and covers. She even pulls Neil Gaiman on stage at one point to sing Derek and Clive's “Jump”. For those who don't know, Neil Gaiman is the award-winning author of Coraline, Stardust, the Sandman series and many others novels, children's books and graphic novels; and Amanda's partner.

Incredibly curious, I had to ask about the Dresden Dolls and whether she had any plans to reunite with drummer Brian Viglione. “We don't have any plans, per say,” she tells me carefully. “Part of the problem is the label. Because with things in flux with the contract with the label, it’s impossible for us to say whether and what we can do because we’re still stuck. So that’s very frustrating. I love playing with Brian. When we got together to do the show this last winter, when Obama got inaugurated, it was such a reminder to us both that we’re just permanently locked in. We hadn’t played in for ever, for months and months and months, and we had a half hour sound check and then killed an entire set. I would be really surprised if we didn’t play together again, I just don’t know when and where, and how it is going to happen.” 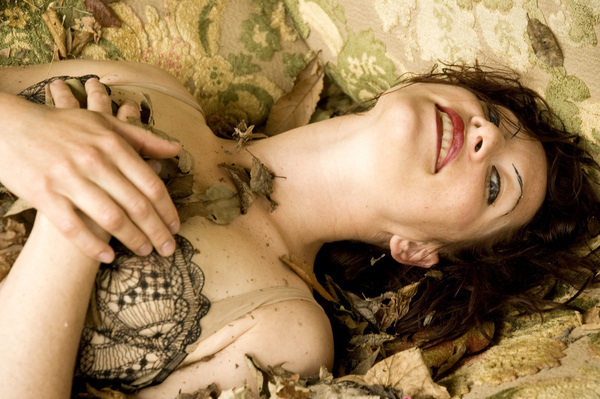 Roadrunner Records seems a sore spot by now with Amanda, and she seems hesitant to talk about the situation with her record. Amanda battled with the label last year over the music video for her song Leeds United, which Roadrunner requested was cut to hide her stomach. Fans turned out to support Amanda, setting up The Rebellyon; a collection of photos of bellies – big, small, fat and thin. Amanda's constant struggle with the label has come to a standstill with their refusal to release her from her contract, meaning Amanda's future with the Dresden Dolls and her own project are on hold, for now at least. However, I couldn't resist asking whether she had any plans with Regina Spektor; “She’s very much her thing and I’m very much my thing. It’s like asking two people to make a bowl of cereal. You don’t necessarily need two,” she laughs. “I think what would be more fun is for us to play together, probably, rather than sit down and try and write together, because that to me just feels unnecessary. I’d love to get together with her in a studio and have a task. Like, cover this song by Van Halen and you’ve got ten hours, go, and see what happens.” 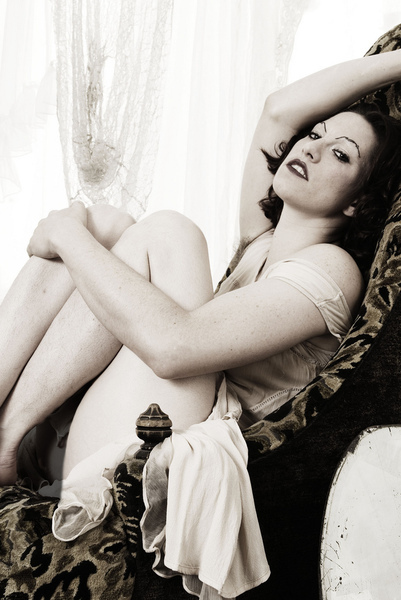 Amanda's origins in performance go back to when she was a young girl, bashing on the keys of her mother's out-of-tune piano. Over the years she changed her style, writing hundreds of songs which she keeps at home. In her twenties, Amanda worked as a living statue on the streets of Boston. “When I look back on it, I think that doing that kind of street performance gave me performance balls of steel. It gives you a real solid ground to stand on as a performer. Basically, when you stand on a box in a street for five years, and you deal with everything which goes along with that, which is a lot, you just have to be so comfortable in your own skin. Because you’re so vulnerable, you’re just literally painted white and standing there on a box and you feel completely weird. And slowly but surely you start to control it, your senses and your perception get very finely tuned. When I was working at the peak of my game, I could see someone taking their wallet out of their pants from fifty feet away, out of the corner of my eye and know it was coming, it really sharpened you. And it also makes you immune to ridicule, I was just completely zen. I think that going from that to stage, stage is a safe place to be, everyone there wants to see you, they’re not random passers by.”

Reliving those days, she mentions that she's just seen the rough cuts for the silent movie she's starring in, directed by Neil Gaiman and including Bill Nighy. "I play a bad living statue, which was liberating," she explains, "a bad living statue that no one gives any money to, ever." If you want to catch it, it'll be on Sky Arts in the twelve days before Christmas as part of a silent movie theme.

The kind of creativity which has driven Amanda to write, act and paint herself white has spread to her fans, leading to her creation of the Post War Trade. "It's basically a website and a nexus that would be fan-oriented, and art oriented. There really isn’t much profit involved, once you split up money with the artist and you pay for the manufacturing of something that’s unique and handcrafted. There’s really not much money in it, but it wasn’t really about the money to begin with; it was more about being able to say to someone, you can share your talent. And it would be awesome for other people." 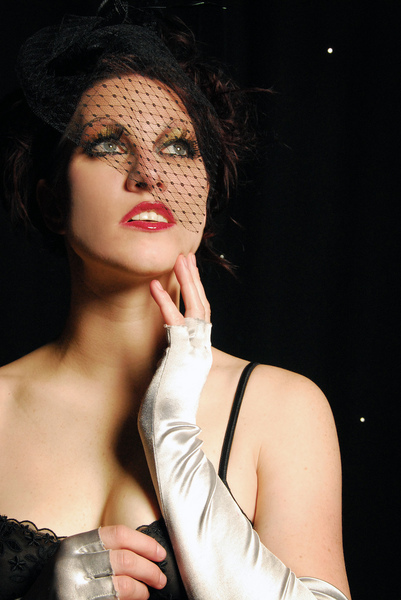 So how did it all get going? "It started a couple of years ago, because people were coming to shows all the time with handmade things, and some of them were really, really incredible, and I could tell that people were making multiples, or possibly could make multiples. So I thought, what a cool thing it would be to do an equivalent of etsy. And it still exists in its own little crazy way, and we’re constantly trying to build and move it. Things changed when I got Beth involved, because someone’s gotta be running it. It’s a big project, so she spends a lot of her time dealing with it – on top of being my assistant full time!"

Amanda's philosophy of spreading creativity comes across on her website, which she regularly updates with new pieces of fan art. "I don’t necessarily weed for the top quality or the most technically gifted people, although when stuff comes through where the person is obviously a genius craftsman. I sometimes put up watercolours by six year olds, and really really earnest drawings by someone who may obviously be a self-taught artist who may not be “very good”, but their ideas are so fantastic that I like sharing it."

So surely someone so creative must be doing something interesting for Halloween? “I am going to be in Singapore with Neil who is at some kind of literary festival, and they’ve offered me a gig, so I took it. And I think they’re barely paying me anything, but they’re paying for my flight, or something. It’s basically a free trip to Singapore and I’m gonna be there anyway so I might as well play a gig. And I don’t know exactly what happens in Singapore on Halloween, but we’ll find out.”

With something so exciting, I ask if she's in to horror films. “No, I can't stand them”, she laughs. “I accidentally watched Seven with a friend of mine. He was like, “Oh, let’s just watch this, you’ll love it!” I’d never heard of it, and I was like, “Is it good? What is it?” “No, I’m not telling you anything, you’ll have to watch it, you’ll love it!” And I was really unsettled and just pissed at him because I didn’t want to spend the next 24 hours with those images in my head. The only two horror movies that I can really say I’m a fan of are The Shining and The Exorcist. I just don’t like being deliberately unsettled when I’m already unsettled undeliberately so often.”

You can find out more about Amanda or find out when she's playing near you on her website. (Photography courtesy of Anabel Vasquez, Beth Hommel, Gregory Nomoora, Jo Duck and Joshi Radin).

Bloodyhiccup
“I'm so happy for this article to exist!!!!
I saw Dresden Dolls final show and it was A*MAZ*ING!!!” 12th October 2018

French T.
“I literally squealed when I saw she had an article on here!
Amanda is absolutely stunning and talented. And she always exudes confidence. :3 She's just made of awesome. <3” 27th October 2009

French T.
“I literally squealed when I saw she had an article on here!
Amanda is absolutely stunning and talented. And she always exudes confidence. :3 She's just made of awesome. <3” 27th October 2009

Kiara M
“I absolutely love Amanda Palmer. She is so awesome.
I am amazed that you guys did an article with her. Jumping for joy.” 23rd October 2009

Sarah wearing doodled on converse
“*squeel* i can't belive you got to talk to Amanda Palmer!

Rachel
“I love her and the Dresden Dolls! Great pics! Thanks for putting this together.” 7th October 2009

Katia Ruby
“oh my goodness!! thank you all for putting this interview together! I am a consistent reader of amanda's blog and i love that she's now somewhat associated with CO+K!