A new battle has begun in the world of fiber arts... 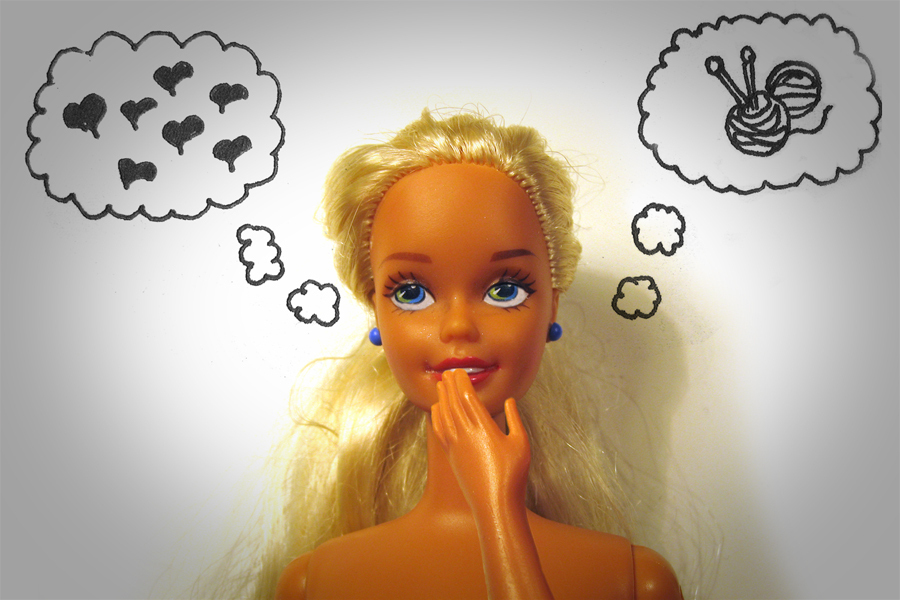 
Women today have been picking up the sticks and focusing on spending time with themselves after getting out of a pointless relationships. Don't just take my word for it, turn on your T.V. In Sex and The City, Charlotte York starts knitting on a plane ride to Las Vegas as the girls make fun of her, while jokingly calling her an "old maid", and you can't forget about one of the most talked about shows of our time, ABC's Grey's Anatomy's main character Meredith Grey takes a break from the heartache of Dr. Derek "McDreamy" Shepherd and starts knitting in the bar where they met.

A friend I have known for a while started knitting after getting out a long relationship. They soon fell in love with it - they ate, drank and thought about knitting everyday, until eventually they met someone new and started dating again. After that, the fiber hobby took a backseat, while things were good and things heated up. In a way, some have used knitting as away to keep busy and not think of the absent sex life or day to day plans that a significant other would fit into. When I later asked my friend how her current project was going, she had forgetting about it all together, saying that she was with so-and-so and had been out all night. I thought "I give it a month" and then snickering to myself. In a sense, deep down inside, knitting is like a best friend that you hang out with almost everyday of your single life, but instead of ditching a good friend and feeling bad about it later, knitting doesn't have feelings and the project will be there when you get bored or if he walks out the door. In the end love is like riding a bike for the first time, let's hope you don't fall off and hurt yourself.

If you've recently had your heart broken, or just want to knit something cuddly for winter, check out Krista's pattern for a Skinny Pocket Scarf.

Knittin' Kitten
“I see what you mean, but I think that's a little unfair. I knit for me, because I enjoy it and like getting something out of the end, whether I'm in a relationship or not. If I'm not sexually fulfilled, I'll go out and GET sexually fulfilled instead of sitting around knitting just to get my mind off instinct. And I love sitting with my boyfriend knitting, it's comforting” 15th September 2008