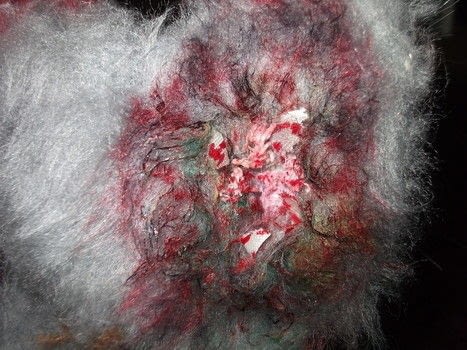 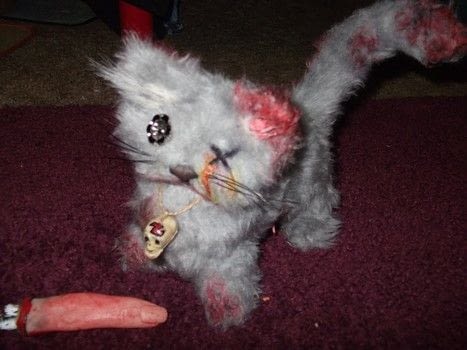 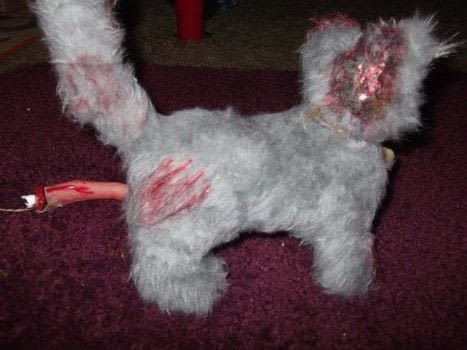 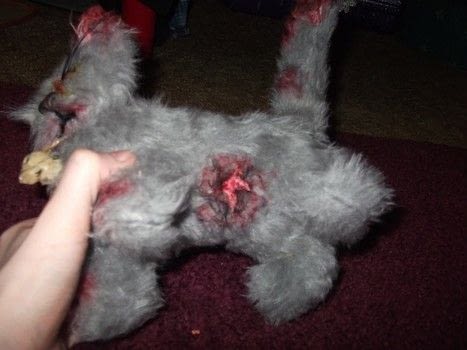 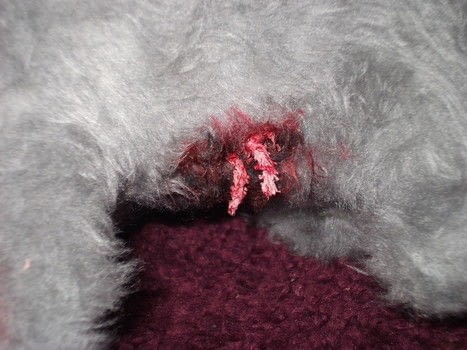 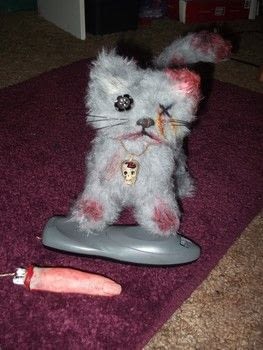 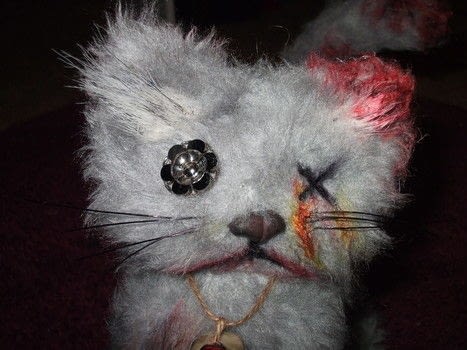 Based on Zombie Kitty by serendipity_sarah
I love how my little Zombie turned out! I used some fake fur I had, which came out great. She looked more like a dog after I finished sewing her up. But I added some whiskers and some fur tuffs in the ears to make her look more like a cat. I made the nose out of a mix of black and brown femo clay. On the back of her head, I made a gaping hole were you can see chunks of brain and skull, bits of a pink terry cloth towel and a cut up white fake flower petal. And on the belly I glued a few threads of the same pink towel to look like her intestines are falling out.

I used Elmer's glue to make the fur on the bloody spots to look sticky and matted. I didn't do it on purpose, but I loved how her left ear looks missing. I also used different colored Sharpies to make the blood, and gore on the fur. It was mostly a mix of red, pink, orange, yellow, black and green. I probably should have use some kind of fabric paint instead, as sharpie colors on fabrics fade out over time. But I just used what I had at the moment. I can always go back in later with paint.

Originally I had a little tongue sticking out of the mouth, but it was one of the things that made her look more like a dog, so I cut it out. Then I gave her a little rope collar with a little skull with a sharpie Z on it. And then I gave her a severed finger toy to play with.

Jessy posted this project as a creation without steps

kimberly.hodges.5059 · Maumelle, Arkansas, US · 2 projects 2nd October 2013
cant tell if cute or horrifying ( the second picture is a failXD)
Reply

Sara P. · 33 projects 26th August 2011
Wow, that is a gnarly looking kitty. I am going to try this, I have a lot of fur fabric and for Halloween present this would be cool. (If not slightly disturbing!)
Reply

but she look good in same time!