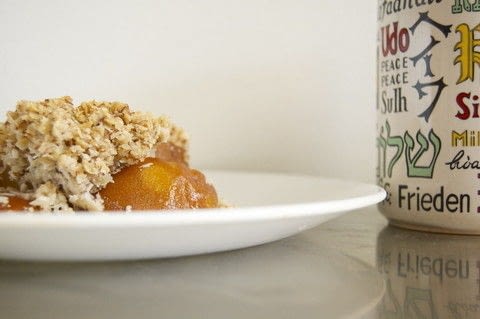 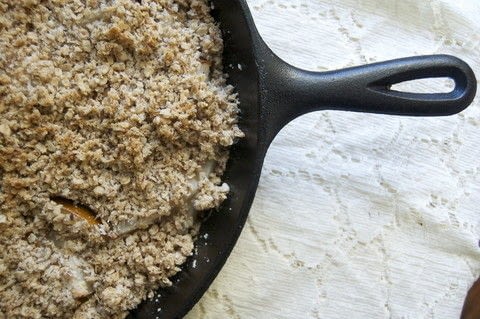 an easy vegan & gluten-free dessert, perfect for using up fall fruits.
I bought $11 worth of asian pears at the farmer's market last weekend, so I knew I had to make something good with them. I originally thought of doing a cake, but a crisp seemed in order, especially once I had the bright idea of adding in the shredded coconut that was taking up space in my cabinet.

There was no particular reason to make this crisp vegan, other than the fact that I'm obsessed with baking with coconut oil. You could easily make this with butter, but it was incredibly tasty with just the coconut oil and the vanilla. Moist, crumbly, and coconut-y to the max.

total time: about an hour

total hands on time: about 15 minutes

6 Asian pears, sliced (you can peel them if you like, but I didn't because I'm lazy and I like to think the skin adds fiber)

cinnamon to your taste (I used about 2 tsps)