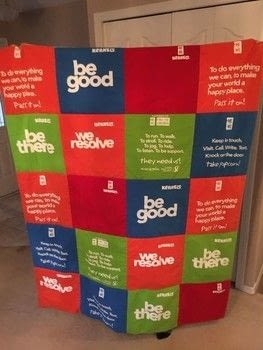 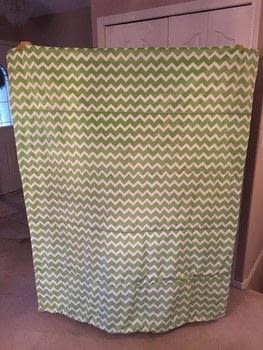 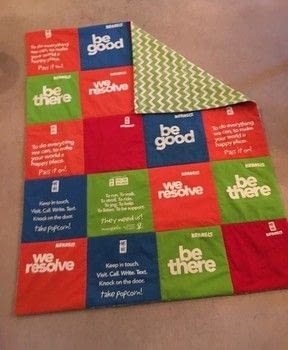 An awesome gift to my boss!
My coworker and I decided to make a t-shirt quilt from our old work shirts to give to our boss for Christmas (she almost cried when we presented it to her). Even with a few kinks (or you know uneven seams) it still turned out more awesome than we believed it would.

We are both amateur sewers that have never sewn a quilt before, this project proved to be more difficult than we thought. The 30 hours it took was split between two people working on it, so if you are making this alone it will most likely take longer. There was also a lot of research done between sewing blogs to figure out what to do next which helped a bunch, remember, Always do your research! It was also more expensive than we thought it would be, $80 later, luckily we had our other coworkers chip in and we split the cost between all 9 of us.

CraftyCat posted this project as a creation without steps 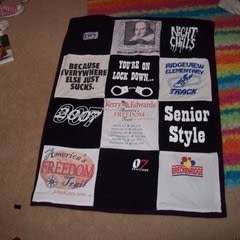 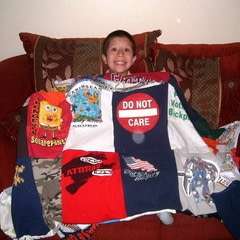 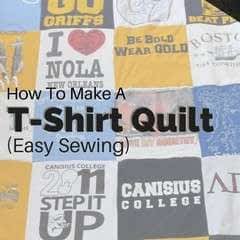 How To Make A T Shirt Quilt 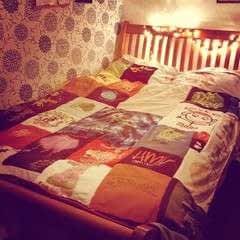 The T Shirt Quilt
Made this project? Share your version »