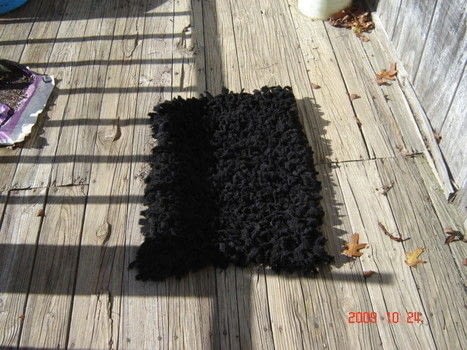 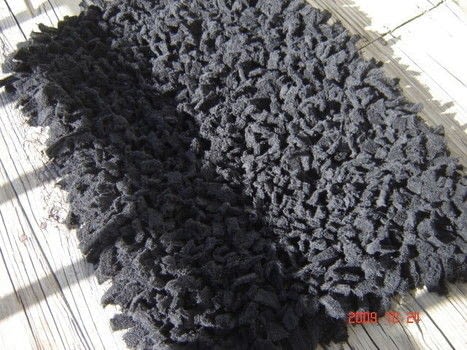 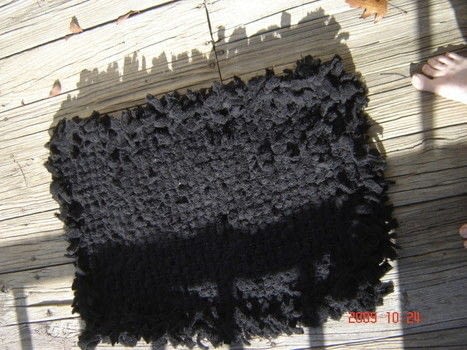 I made this as a gift, and it was easy.
I found a video tutorial for this but used the fisherman's netting found at Wal-Mart (by the silk flowers) and it was alot easier using the netting. The net comes in kind of a triangle, so I put it on the floor and made it as square as I could. Then I measured about 20" by 32" and cut outside of the knots in the net. Since this was a present, and I needed a certain color, I bought new towels; but old towels just may cut down on the amount of fraying-just adjust the size of your strips with the thickness of the towel. I cut the towels into about 1" by 6" pieces, and then tied the pieces onto the grids in the net.
This is a MESSY job, what with the towels fraying so badly. But my Mom loves it. I shook out the pieces as I cut them, after the rug was done, and yet more before I gave it to her. She loves the comfort. So far, it is not too messy. I am planning on making one with fleece to cut down on the amount of fuzz flying around.
I am sorry I have no other pictures, but when I make my next one, I'll put in a how-to.

Janie R. posted this project as a creation without steps 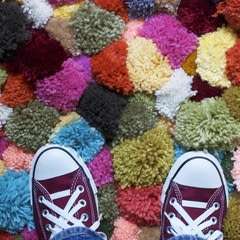 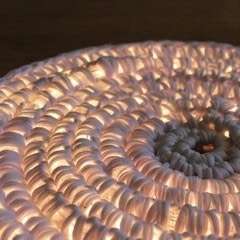 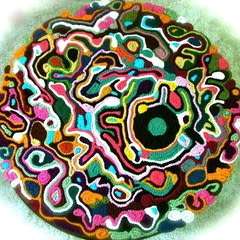 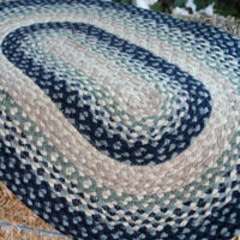 Make Ur Own Rug :D 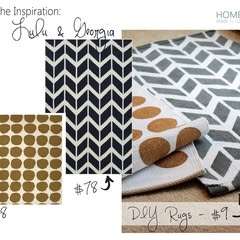 Knock Off Painted Rugs
Made this project? Share your version »