Extract from Bojagi • By Sara Cook • Published by Pavilion 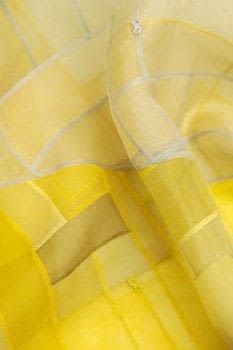 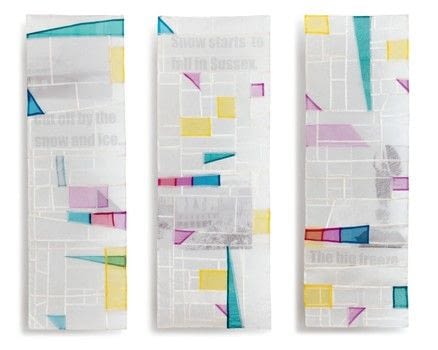 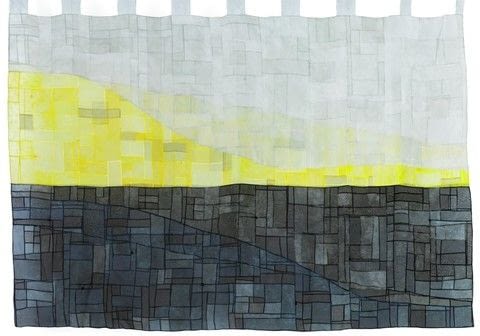 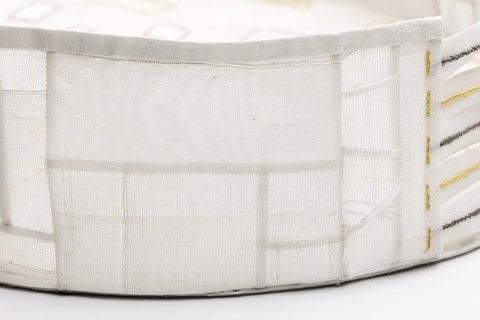 Bojagi is a traditional Korean textile art technique. The bojagi (wrapping cloth) were originally made for everyday living with scraps of leftover fabrics artfully put together, resembling the colourful and luminous works of modern artists such as Piet Mondrian and Paul Klee. In Bojagi: Design and Techniques in Korean Textile Art, leading textile artist Sara Cook explores this traditional technique and how it’s used in modern textile art. Here she introduces the different seams of bojagi and shows how recreate one of them using a sewing machine.

Different types of seam were used in combination with different types and weights of fabric to make traditional bojagi. They were all worked by hand, employing stitches that are familiar to us such as running stitch, backstitch and overcasting or whipstitch.

The type of seam selected was dictated by the characteristics of the cloth and the use of the item. Fabrics that have a looser weave such as hemp and ramie are inclined to fray more easily. A seam that encloses all the raw edges, such as a tongsol (French seam) or ssamsol (fell seam) is a good solution. If a cloth was to be unlined a seam that looks as neat on the back as the front is ideal. These seams are strong and hardwearing – they are used in denim cloth garments such as jeans, which have their origins in workwear. Wrapping cloths made to carry large bundles of washing or goods are made using these seams. Conversely you will also see them used for single-layered window coverings where strength was not really required but rather a neat finish for both back and front. Seam lines are marked with a creaser and ruler. Each of the fabric pieces joined together is first folded along the creased line before stitching.

Many contemporary makers choose to piece their fabrics on the sewing machine. Some use a French seam instead. The transparent qualities of the fabrics used suggest many possibilities for designing by building up layers, using regular and irregular grids.

Garumsol is a seam joined using a gamchimjil or whipstitch, where the seam allowance is opened flat. This is used where a wrapping cloth is lined and the raw edges are hidden inside. The whipstitches were often worked in a contrasting thread from the right side. The same colour would be used throughout. The tiny stitches add another dimension to the design that is often only visible when viewed close up.

Tongsol is best described as a hand-worked French seam using homjil, running stitch, and it encloses all the raw edges. The difference is that the folded seam edge on the wrong side of the fabric was often sewn in place with another row of running stitch so that it has a flat finish. It is used on unlined pieces of work.

Ssamsol is a flat fell seam stitched either with homjil (running stitch) or gamchimjil (whipstitch). This seam is used most often with bojagi made from single layers of hemp or ramie fabric. It is strong and flexible, and all the raw edges are enclosed. When completed it looks like a running fell seam popularly used in making classic denim jeans. When translucent fabrics are joined with this type of seam and are held up to the light, the pieces can look similar to stained glass. A contrasting thread was sometimes used.

Kkekki seams were made by folding and stitching the seam three times, which makes a very strong and narrow seam enclosing all the raw edges. This is most often used on lightweight fabrics such as silk organza or other very lightweight silk fabrics. Worked on heavier weight fabrics it quickly becomes too bulky. It was used for making clothing and unlined bojagi wrapping cloths.

An alternative to the hand-worked tongsol is a machine-sewn French seam. While not a traditional seam used for making wrapping cloths, it makes a good alternative to more time-consuming hand-sewn seams. This seam is borrowed from a dressmaking tradition but by making the seam allowances smaller it makes a very neat fine seam that works well with lightweight fabrics and organza. All the raw edges of the fabric are enclosed and when held up to the light it can appear like a grid or the lines of lead in stained glass.

How To Create A Simple Modern Gallery Wall