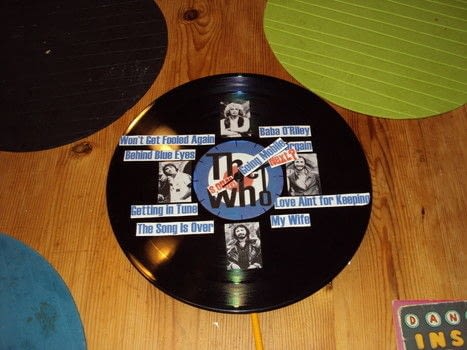 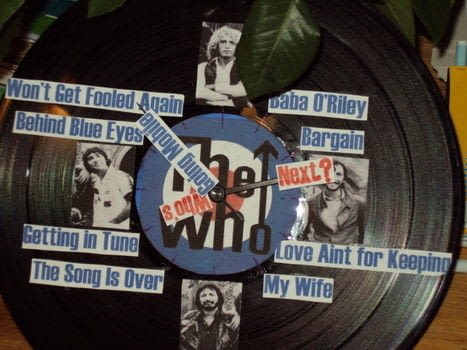 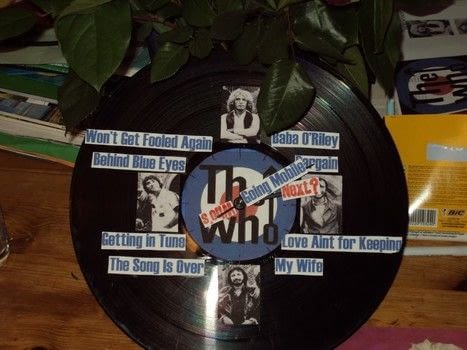 A 'The Who' inspired clock
I made this clock for a friends 18th birthday. He's a Who fan, so I thought I'd make this clock for him. It's based on the album "Who's Next" of The Who (1971). It has their logo in the middle, the album title on the clockhands and the tracklist and pictures of the bandmembers (clockwise: Roger Daltrey, Pete Townshend, John Entwistle and Keith Moon)on the outer circle. Because the album has 9 songs I had to put one song on the second hand. I thought 'Going Mobile' fitted that job well enough.

Nathan posted this project as a creation without steps 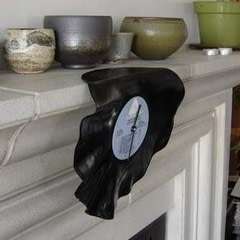 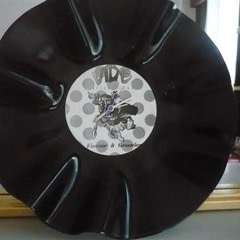 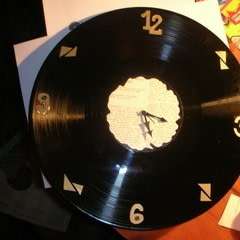 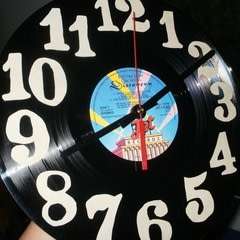 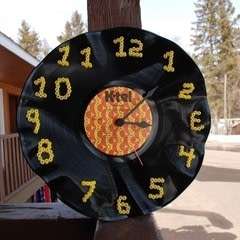 Salvador Dali Melting Clock
Made this project? Share your version »

KMOM14 · Fort Wayne, Indiana, US · 373 projects 13th February 2010
Cool upcycle of an old LP and how you incorporated the pictures and the song list on it.
Reply