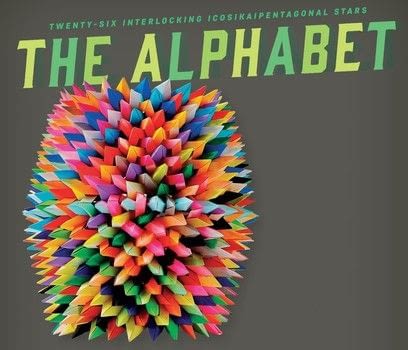 Mind-Blowing Modular Origami
This is the single most time-consuming project in this book; when it was first constructed it was the largest Wire Frame modular ever made. Its polar dihedral symmetry distinguishes it from all other models in this book, as it is not based on a regular polyhedron. The name comes from its connection to planar modulars, where each plane is a assigned a letter of the alphabet. Here, the twenty-six frames represent each of the letters of the alphabet.

This model has only one paper proportion: 1:2.41. If using the template, start with relatively small squares. Rectangles ripped from 3.5" squares make a ~10" model.