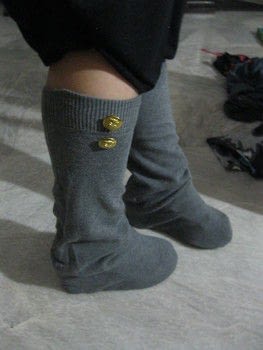 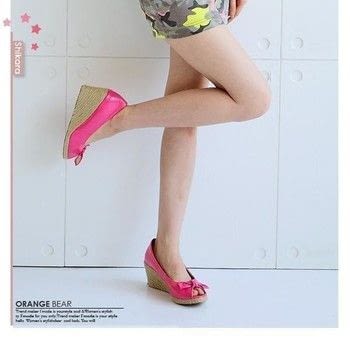 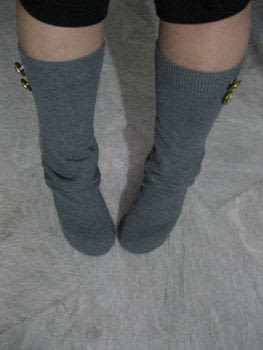 Based on Sweater Boots!! by Niamh O.
Oh im awful! I know I should have taken photos while making it.
I got so excited that I couldn't stop going once I started! I worked with a pair of old wicker wedge heels that I stopped wearing, and a grey knit sweater that I also stopped wearing :)
I uploaded a photo of a pair of wicker wedge heels so you guys have an idea with what I was working with. Though mine were fabric & not firm nor half as cute as the photo I put up.
I sewed some cute gold buttons on the side and considered them done :)
Took me about an hour and a whole bunch of glue gun sticks - be prepared

I was inspired & followed most of Niamh O.'s tutorial found here:
http://www.cutoutandkeep.net/projects/sweater-boots

Mousey posted this project as a creation without steps