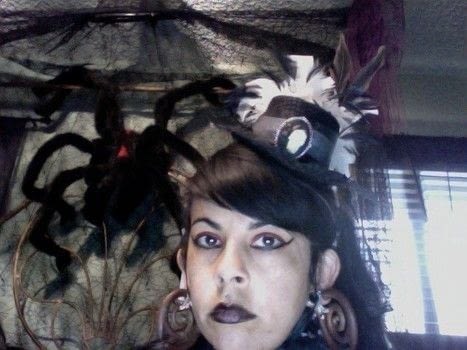 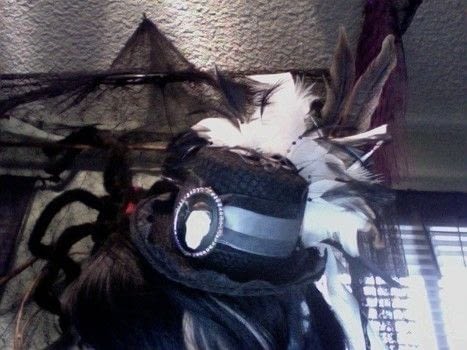 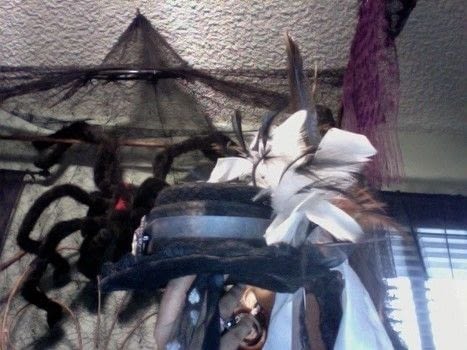 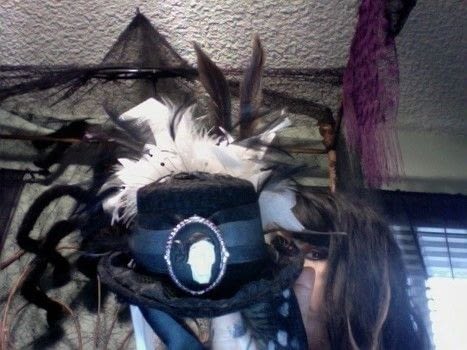 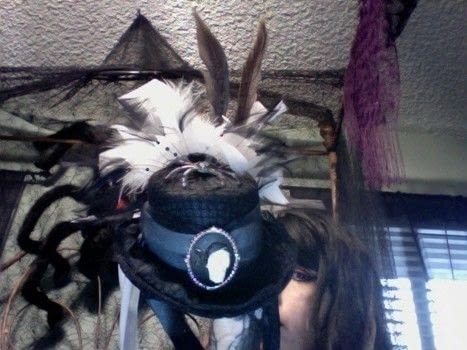 Based on Steampunk Top Hat by Becca K.
I made this for Burning Man last year. I covered mine entirely with fishnet, trimmed the rim with short lace, a lot of feathers to the back side, added a skull cameo to the front, and punctured a hole on each side in the middle to pull the ribbon through to tie it around my neck. Pictures aren't so great but you get the idea. Hat is cheap from Michaels.

Noelia Citialin posted this project as a creation without steps