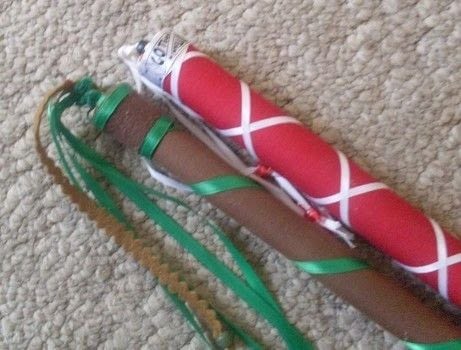 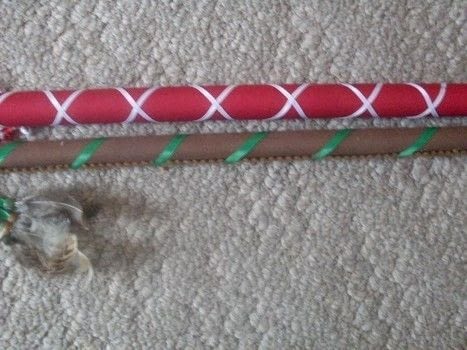 Go Bama!!
Well, we had an event going on at my job, where there were teams, and would be rated, scored or whatever on our performance as a team. Some how, we became Badgers and our colors were green and brown. Being that I was the most crafty one on our team, I was basically in charge of coming up with team logo stuff and the spirit stick was one of them. Make a long story short, I made the red and white for my favorite college football team Alabama Crimson tide. The brown was made from a wooden dowel, but the red one was from an old metal tube from a shower curtain, which I added rocks in it to get a rattle when I shake it. Go Bama!!

Creativemind posted this project as a creation without steps 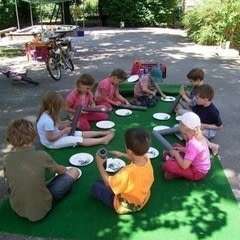 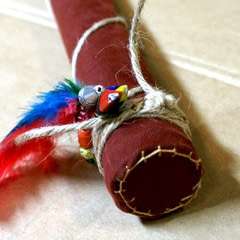 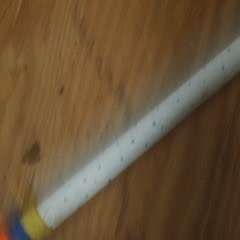 Creativemind · Tuscaloosa, Alabama, US · 116 projects 24th October 2008
Yeah, I got the idea from a movie that I saw with cheerleaders and having a spirit stick for their team, though it wasn't so elaborate and big as mine. The brown one is an uncut dowel (3ft) the red one 21 inches, where as theirs was only about a foot long.
Reply

queenfairypants · Manchester, England, GB · 75 projects 24th October 2008
oo I like these, I thought it was to do with halloween and spirits though, still like them!