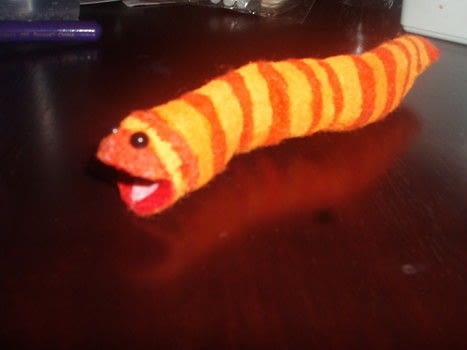 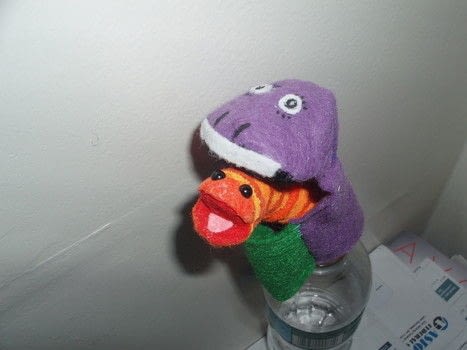 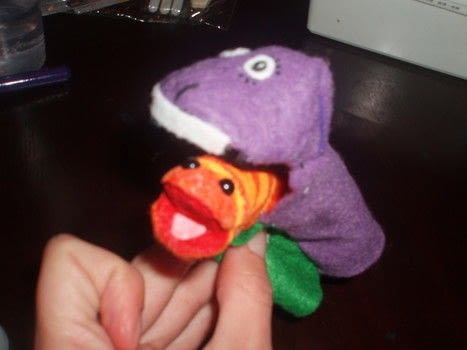 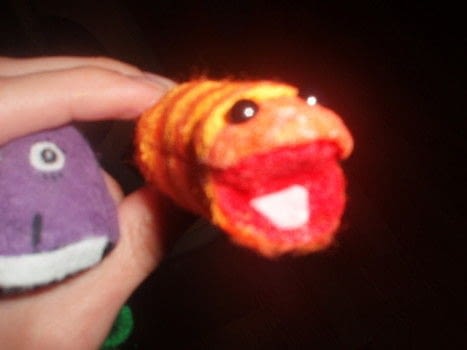 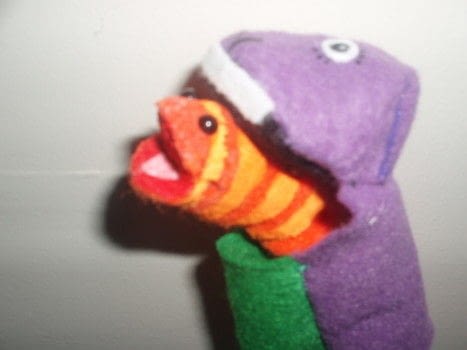 Sesame Street - Slimey Worm with Barney Costume
My daughter fell in love with an episode of Sesame Street were the worms are having a parade and dressing up in costumes. In one scene a worm is dressed as Barney and she makes me rewind it over and over! Since you can't buy just Slimey online, I decided to make him with some felt, sewn and stuffed. I painted on the stripes. I made a little Barney costume to slip over him (which came out bad, but she doesn't mind!!) It cost me next to nothing to make, but it's her favorite toy now ;-)

Jaki-O posted this project as a creation without steps 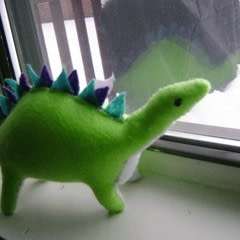 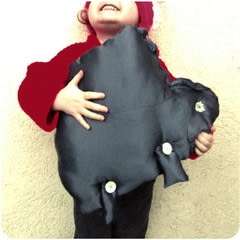 The Supremely Silly Satinosaurus
Made this project? Share your version »