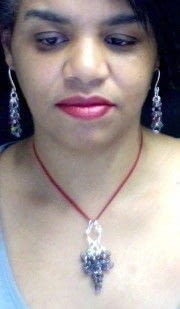 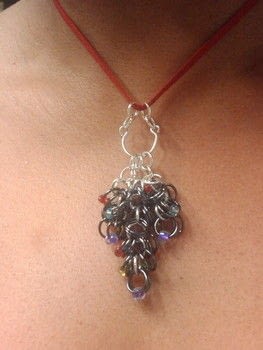 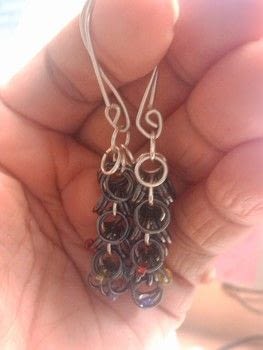 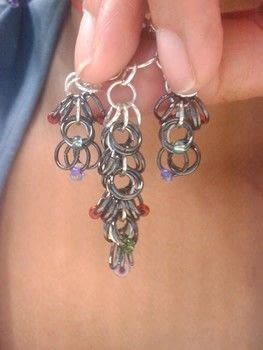 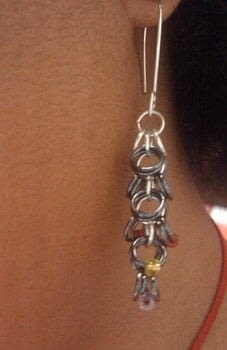 Shaggy loops pendant and earrings
Shaggy chain mail - I made these the night before last and have been wearing them the last two days. When falling free, the chains have a nice settled pattern, but once laying against a surface, eg one's chest in the case of pendant, or one's shoulder in the case of the earrings, the pattern collapses and you're left with a mass of, well, shaggy loops! Gorgeous!! The rings I used here are rather thin, so I doubled them up, and just I've noticed an error in the pendant where I have in fact tripled these!! The links were also thin enough to pop some tiny glass beads I had lying around onto, so I used a few adding a single bead on the outer loop on the first row, and the same on the second row (I'm not including the bottom row in the count). That's all, oh, and also a single bead on the very bottom row on the centre ring of 3. The red beads seem to be the most striking and if all the beads I had could have fitted the rings, I would have used just red. I used the smaller silver rings as the centre ring and added the larger rings to these to create the outer loops, using also just the silver rings for the top row to finish it off. The different sizes means that the free fall shape is not as neat as it would have been if they were all the same size though. The earrings are each a single length of chain, while the pendant is made of 3 lengths, a long middle one and two shorter outer ones. 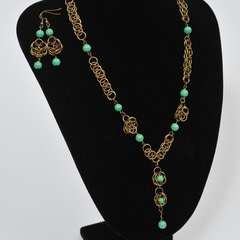 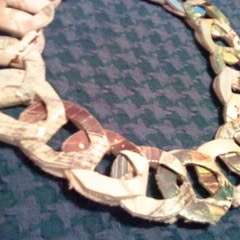 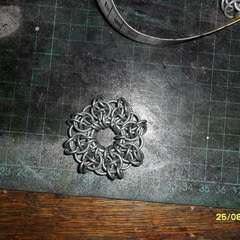 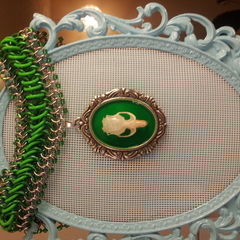 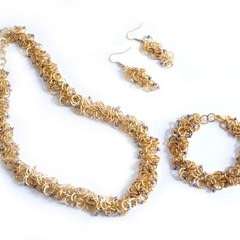 Jump Ring Jewellery
Made this project? Share your version »