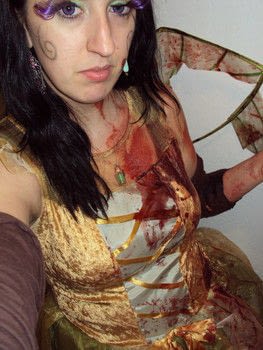 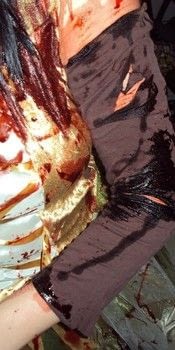 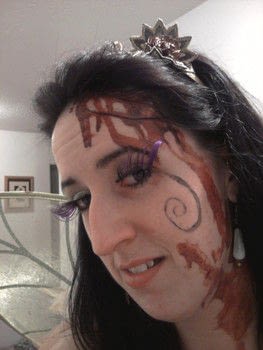 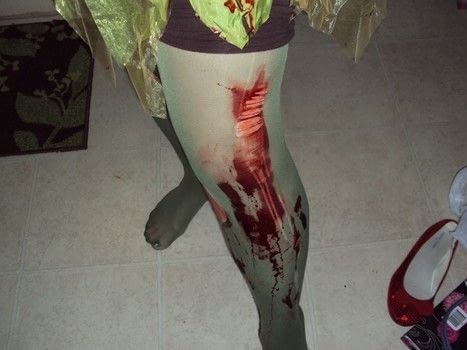 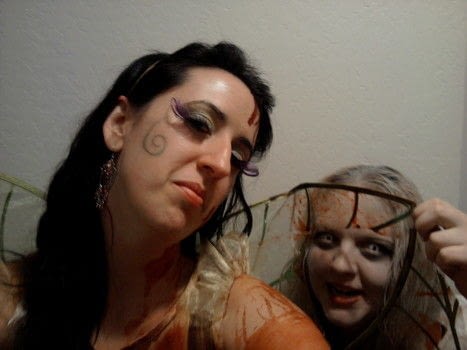 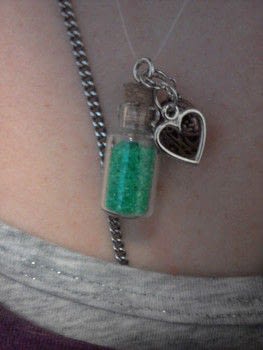 Watch out for Lawn Mowers while laying in the grass!
I have been obsessed with this costume idea for a few years now, and hadn't been able to actually execute it. This year, I did. Granted, the actual Fairy costume was store bought (with the time I'm spending on my Bellatrix costume, I didn't have enough hours in the day to make a fairy costume as well!)

I cut the sleeves off an old shirt to make my arm warmers, because being Southern Oregon, Halloween is always the first officially COLD day of the year. By 1 am I was a Popsicle.

A cheap pair of tights with some slashes.

We took a pair of scissors to the bloody side of my dress, before bloodying it up. making it look more ragged. I cut a few slits in my wings and made them look bloody, but at some point in the might I got caught on a door and it ripped the rest of the way, I thought it looked better that way!

Some of the blood was store bought, but most of it was standard Kero syrup blood. I ran out of red food coloring, so it wasn't as red as I wanted, so I put in some of that instant drink mix, fruit punch flavored, which gave the blood a really nice dark color, plus made it taste really good. My hair was completely caked with it, and my arm kept sticking to myself because of it, but it looked fabulous!

I was told that my blood looked very realistic!

The necklace is a little vial with colored sugar (salt looks better I think, but all I could find was the sugar)

Add a creepy ghost friend, and your costume is complete! :)

Craftie Auntie posted this project as a creation without steps 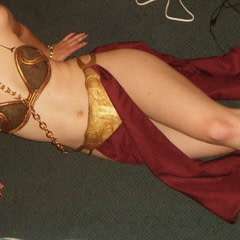 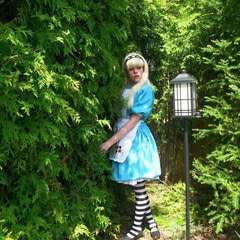 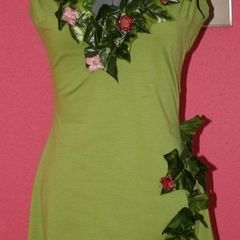 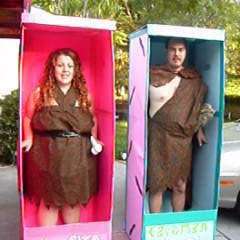 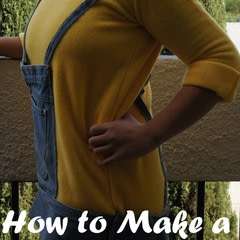 M · Norway, Maine, US · 2 projects 5th November 2010
This is so unbeliveable cool! I totally love it. It maks me want to make something similar to next halloween

Craftie Auntie · Medford, Oregon, US · 55 projects 5th November 2010
the creepy little person is my very good friend who went as a ghost.
Reply