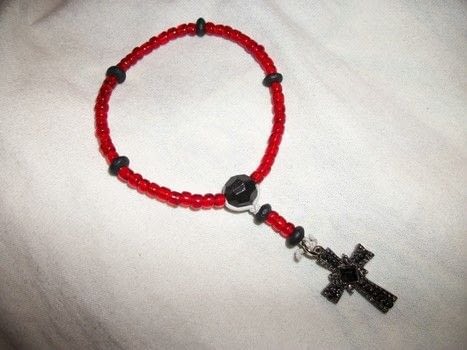 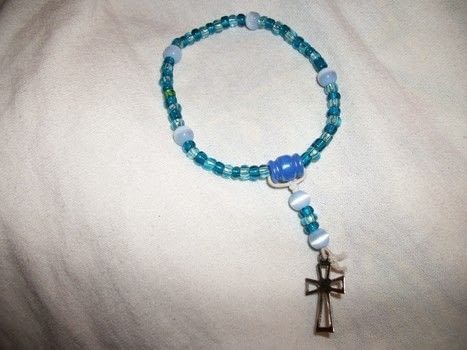 For prayer on the go!
Most of the rosary bracelets I've seen are only one decade; this one is a standard five. It's super easy, you just string 10 seed beads, then a bigger bead, then 10 more seed beads, then another big bead, until you have five sets of 10 seed beads separated by four big beads. Then thread the biggest bead onto one end of the string, and put the other end of the string through the other side of the bead. You should have the string ends coming out of opposite sides of the biggest bead. Then you thread a medium bead onto both ends of the string, so that both string ends come out of the same side of the bead. Follow that with three seed beads and another medium bead, then tie a cross or crucifix onto the end.

If you have a rosary center piece instead of the biggest bead, just tie the string ends to the loops in the center after beading the decades, and then use a separate string for the five beads and cross or crucifix.

Lace posted this project as a creation without steps 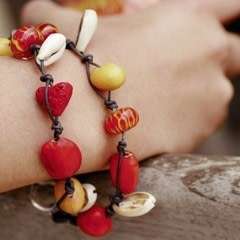 Bonfire On The Beach Bracelet 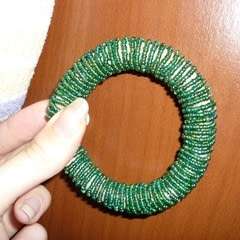 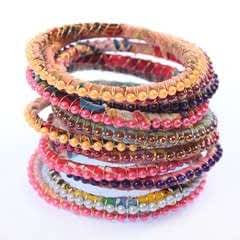 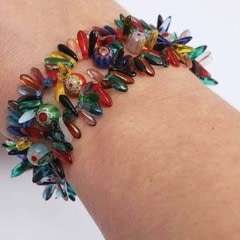 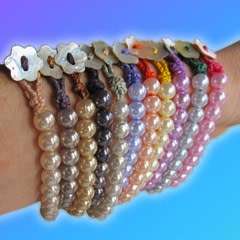 A Color Wheel Of Dyed Bead Bracelets
Made this project? Share your version »