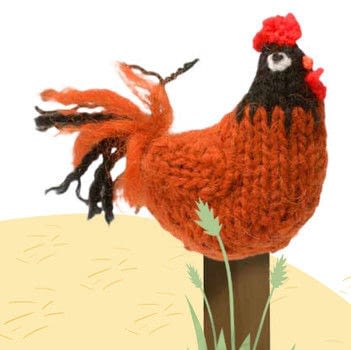 Farmyard Knits
Strutting about, shaking their tail feathers—and usually making something of a din—hens and roosters are some of the most striking creatures in the farmyard. They are knitted here in some fairly traditional hues, but the color choices are up to you. And if your fingers are feeling nimble, don’t forget to complete your loving couple by knitting them a few tiny eggs.