Recyle And Make Your Own Beads 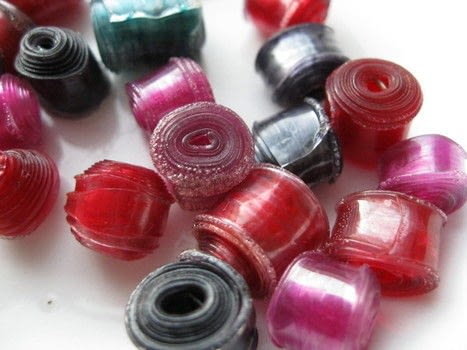 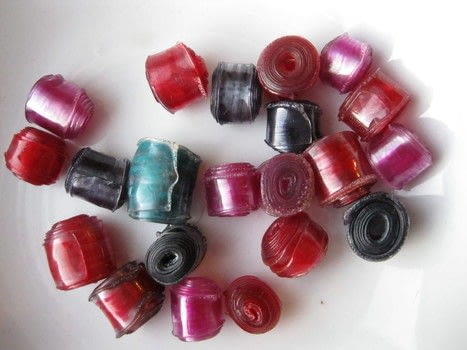 Based on Recyle And Make Your Own Beads by DIS.AR.RAY
These beads are made from plastic bottles that I stole from my recycling bin. I cut pieces into strips, colored them with Sharpie markers, and rolled them up with needle nose pliers. Using the pliers to hold the roll together, I put a flame on each end to seal the edges together, and voila! Beads! Inspired by a how-to post from DIS.AR.RAY.

These were a little trickier for me than paper beads...probably would be much easier with a heat gun, rather than a torch lighter! Still fun though. Maybe with a few more tries I'll get the hang of it.

Darce posted this project as a creation without steps

Tina! · Virginia Beach, Virginia, US 20th August 2010
This is the coolest thing ive ever seen I would have never thought of it. Great Job!!
Reply