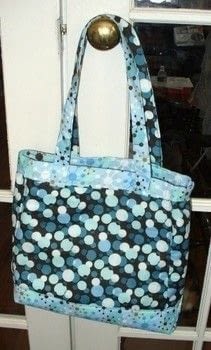 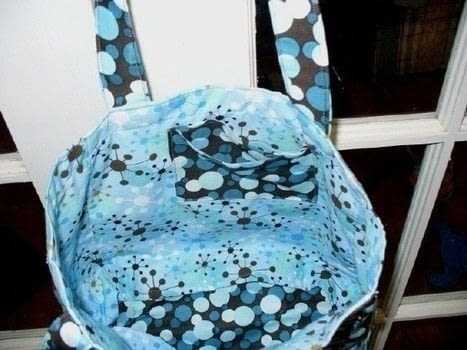 A fairly large tote-also my first sewn bag
I made this tote for my swap partner in February. I didn't do everything in the correct order (like I said, my first tote)so I had to do the bottom last, instead of first, like I had originally planned. There was a lot of swearing, sweating, seam-ripping and [almost] sobbing. But, it looks great from the outside, and from the inside if you don't fold up the 1 inch flap at the bottom that I couldn't get to because my sewing machine was longer than that part of the bag was deep. Lesson learned. If i make another one of these, which i probably will, make the bottom portion deeper so that the machine foot can reach where it needs to.

My partner loved it and is actually using it as her purse now! It's very exciting to know that somewhere in DC there's a woman walking around with something I made.

(fabric is from Jo-Anns. I don't remember the designer.)

Jewel-A-Roni posted this project as a creation without steps 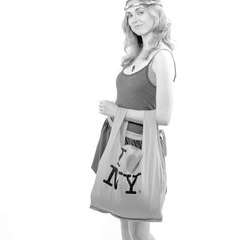 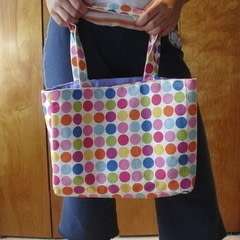 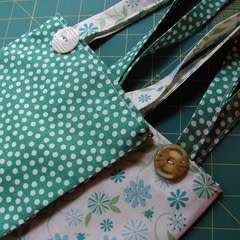 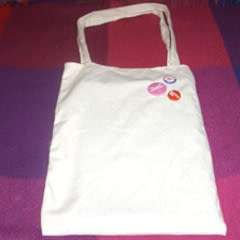 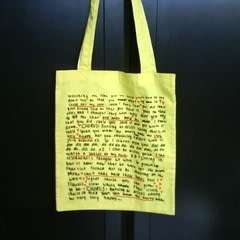 Merry Happy Shopper
Made this project? Share your version »