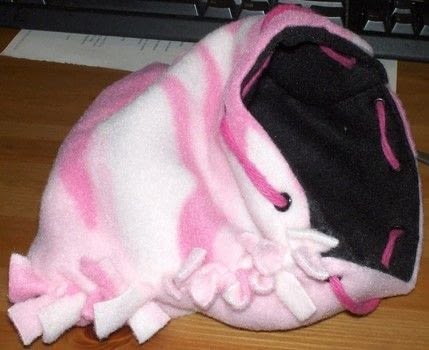 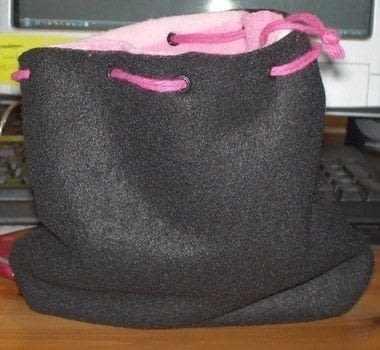 Pull string bag for Sugar Glider.
This idea starded off as a no sew project, but I had trouble before with the gliders squeezing their way out the tied sides of a no sew bag, so I gave it a liner instead, and added grommets/eyelets and a pull string with stop/toggle.

Edit: The tool I used for the putting in the grommets was a cheap two piece setter and a hammer. You place the two eyelet pieces between the metal setter thing and hit with a hammer a couple of times.

moxiepurple posted this project as a creation without steps 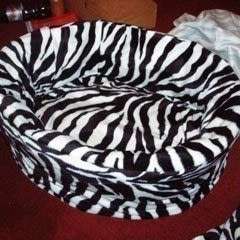 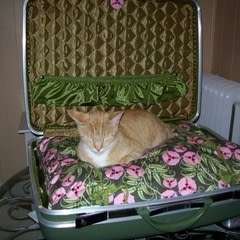 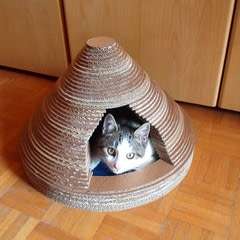 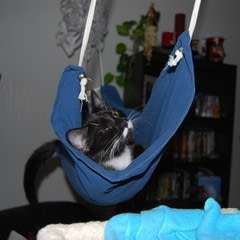 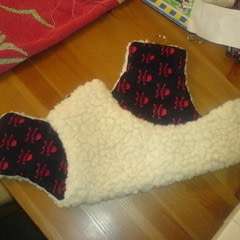 water and fire fairy · 8 projects 26th May 2012
wow such a creative idea. you must do an how-to to show how to make it
Reply

Cat · Dover, Delaware, US · 20 projects 12th November 2008
i agree with the girl below me. Grommets are such a pain in the bum. All of my hammocks come out looking like crap with my puncher. So what do you use? lol
Reply

Carli · Wales, Wales, GB · 2 projects 1st October 2008
what do you use to put in your grommets? so many of the punches for those things are useless.
Great idea, and well adapted to your cute wriggly little gliders!
Reply