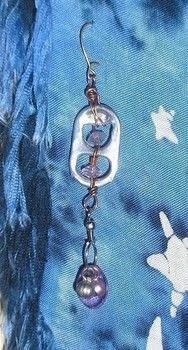 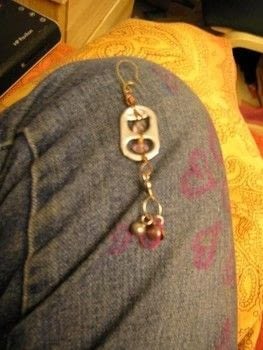 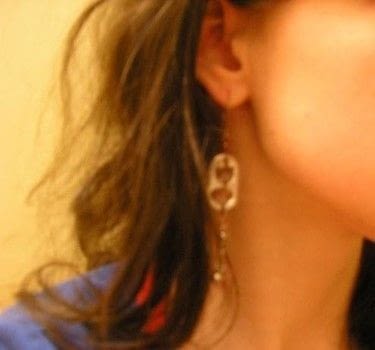 junk jewelry!
The night I started going out with my ex, I pulled the top off the beer we were sharing while saying the alphabet. It landed on his initial, so I thought that was pretty special. I saved it and made an earring out of it with some other found objects and copper wire. I started by making the tab into a charm by wrapping it with the wire and putting beads in the holes. I made loops at either end to attach danglies to the bottom and the hook to the top.
I made this up as I went along and just used what I had handy. I think you could have a lot of fun using pop tops as a base for beading and wire wrapping.

Geneva I. posted this project as a creation without steps 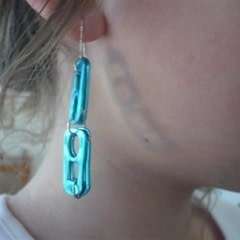 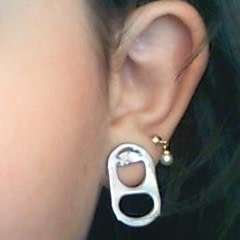 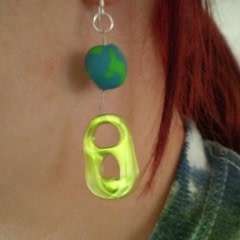 Eco Friendly Earth Earing
Made this project? Share your version »

Courtney Couture · Keller, Texas, US · 20 projects 2nd February 2008
thats sooo cool i love earrings and creative ways to make them!....Cat, i once saw a pufferfish made entirely out of poptabs, and it was pretty good-sized, too.
Reply