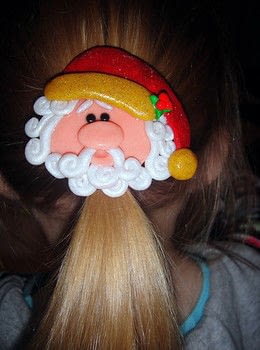 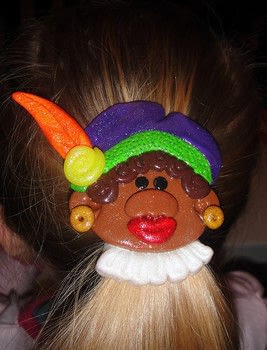 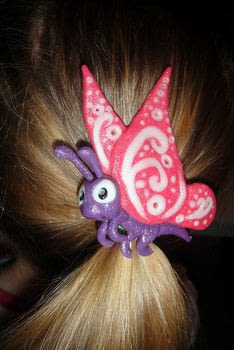 Tinkerbell's Butterfly, Zwarte Piet & Santa Claus theme
These are my daughters new hairclips made of Polymer Clay and varnished with colored glitters :D
The Butterfly is from the new Tinkerbell movie, so so cute!!!
The "Zwarte Piet" is because here in The Netherlands we have a seasonal feast called "Sinterklaas" and the "Zwarte Piet" is his helper (like the Elfs help out Santa)

They're the ones who climb's down the chimneys to give all the Dutch kids gifts in their shoe, so their faces are black because of the soot.

And the American Santa Claus his true origin lies in The Netherlands from our Dutch (well actually Turkish, but that's a really long story, So check wiki for that version) Saint Nicolas :D

Anyway my daughter loves The "Pietjes" ofcourse because they throw candy and give gifts & candy so that's why I made one of this cuties for her to wear on Sinterklaasavond :D And Santa for Christmas Eve ofcourse <3

Btw, I used some metal wire to support the little wings and antenna's of the butterfly and the feather of the Zwarte Piet so they won't break so easily... 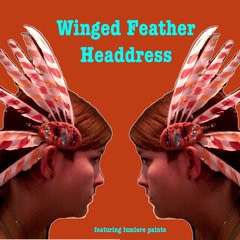 Winged Feather Headdress
Made this project? Share your version »