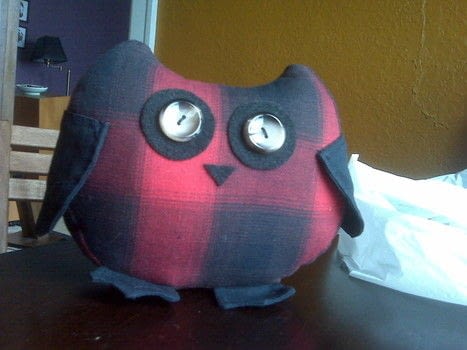 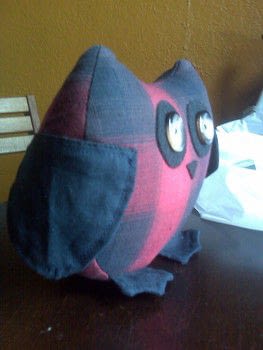 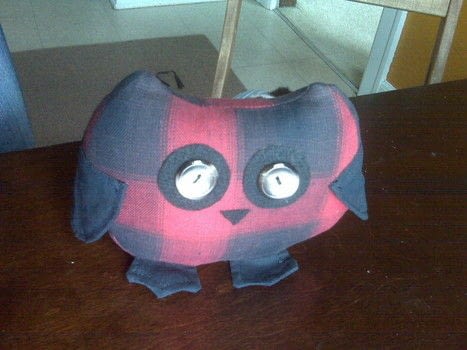 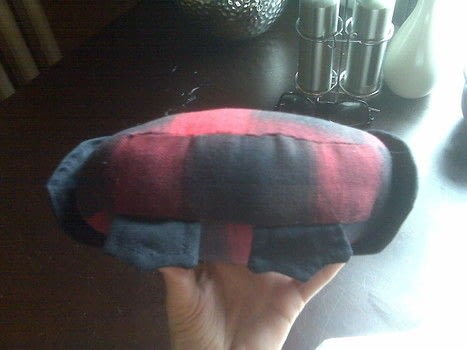 A soft and round owl friend!
I made this owl for a friend of mine! I didn't have a pattern, so I sort of made it up as I went along, cutting out some made-up templates out of thick paper. The first thing I sewed were the feet - once I'd turned them right side out, I sewed a line around the outside of the foot to keep the fabric together and as a pretty accent.

Then I put on the owlie's face, as it'd be easier to sew on buttons before the whole thing was stuffed. I used the adhesive felt to make the beak and the round black circles behind the eyes.

Then, I sewed a side piece to the front, with the little feet in the seam. I sewed the side piece to the back, and left a hole at the base to turn him inside out. After stuffing him, I closed the hole with an invisible stitch. Then I made the wings rather similar to the feet (turning them inside out, sewing a line around the edge), and handsewed them on to the body of the owl.

2 Button Thread 2 colors of Fabric (one for body, one for feet/wings) Adhesive Felt 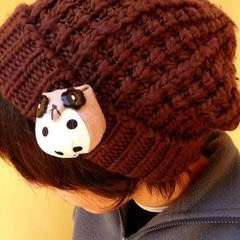 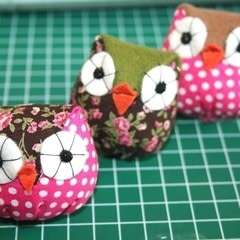 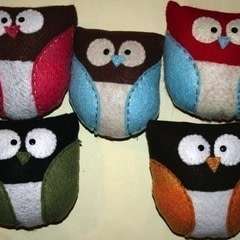 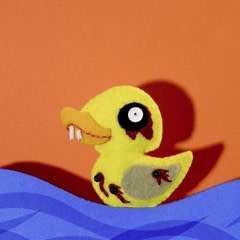 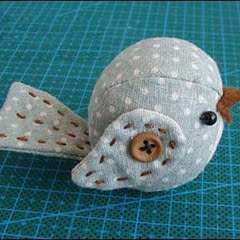 Easy Sewing Projects Of Stuffed Bird
Made this project? Share your version »