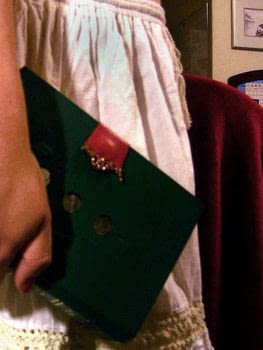 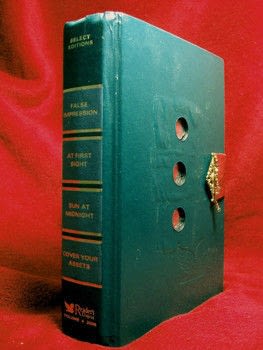 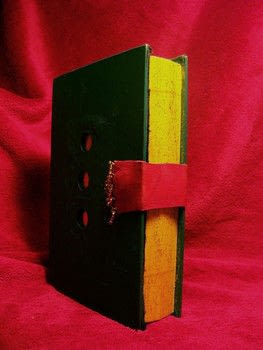 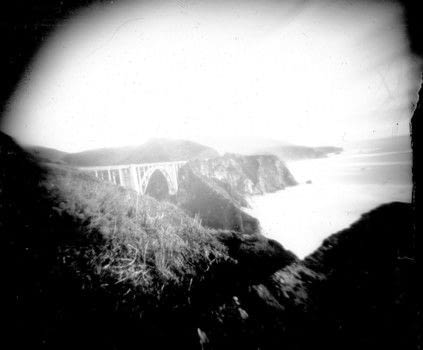 How to make a pinhole camera that will fool most people into thinking it's an innocent, if eccentric, book.
Details: This is a pinhole camera which to the best of my ability was made to look like a book.

*It was hard to choose a book to destroy (seems sacrilegious as an English major). I finally came to terms with a readers digest. Quite by accident I choose one with tittles that hinted at its true purpose; "False Impressions", "At First Sight", "Sun at Midnight", and "Cover Your Assets".

* The chamber inside fits a paper negative of 4"X5".

We were assigned to make a pinhole camera in our photography class. We were encouraged to make it out of an unusual item. I thought it would be neat to make it from a hallowed book. My teacher worried that it would be to shallow, but there are pinholes made from film canister cases, and they are about the same depth, so I was not concerned.

My second goal was to make it appear (with exception of the holes drilled in the front) as much like an unaltered book as possible. Everyone told me it was impossible to make the pages light tight without painting the whole thing, outer edges included, black. I ignored them. They also told me the only way to keep it sealed was to wrap it with heave rubber bands or at the least two buckled straps on each end. I ignored them. In the end I solved all my problems to the amazement of the two art teachers, and came out with a camera that suffers no light leaks!

Note: I have included a link to the basic instructions for making a pinhole put out by Kodak for those interested, but in truth this was a collaborative project done with my professor using several resources she provided.