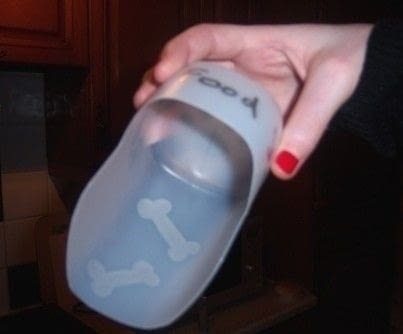 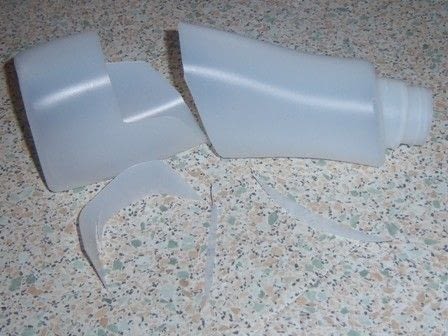 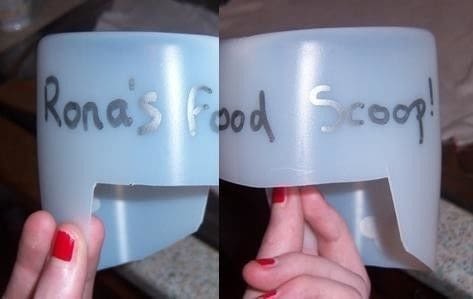 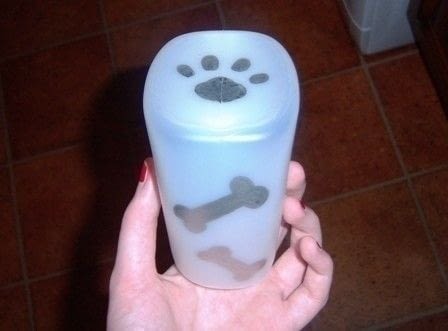 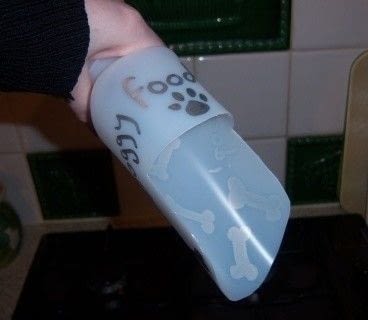 Based on Pet Food Scoop From Laundry Bottle by KMOM14
This is such a great project - it's cheap, recycles plastic, you don't have to touch the food and it's really easy to make.

I used a marker pen for the decoration because it won't come off or get damaged if the scoop is washed.

There was some concern over chemical residue which I thought about too but laundry detergent doesn't have very harsh chemicals in it or otherwise the clothes would be damaged or everyone would react to clothing on their skin. As long as you clean it thoroughly it is safe.

queenfairypants posted this project as a creation without steps

queenfairypants · Manchester, England, GB · 75 projects 17th July 2009
the second one is for a friend

she loves it! x
Reply

KMOM14 · Fort Wayne, Indiana, US · 377 projects 17th July 2009
You are welcome and what a great scoop for smaller animals and for each animal to have it own scoop!
Reply