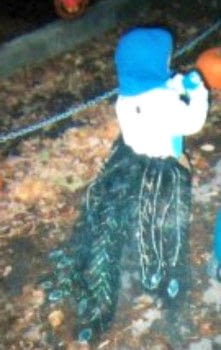 Make a costume using a blue t-shirt, a sweatshirt, nylon netting, fabric paint and pipecleaners.
When my son was 2 years old he was obsessed with peacocks at our local zoo. I couldn't find any, at least in his small size.
To make the above costume I started by making by making a blue hat out of a t-shirt using an existing hat as template.

The shirt is a gray sweatshirt painted with two shades of bright blue acrylic paints on the front.

The tail was made using a few yards of nylon netting cutting it around 8 inch wide strips, folding each side towards the center, then folding the netting in half so there were no rough edgeds.

I threaded two pipe cleaners down each "feather" then painted feathering on with different colors of fabric paint and for the eye at the end glued on a shiny blue fabric.

Originally I had hand stitched the tail to the shirt but as I had to get him in and out of the car seat the design flaw became apparent and had to take it off then put it back on when we got to where we were going.

KMOM14 posted this project as a creation without steps 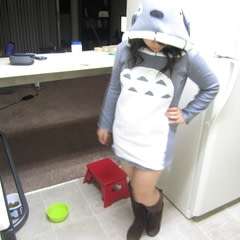 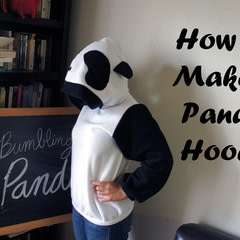 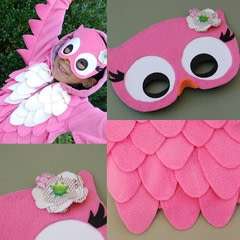 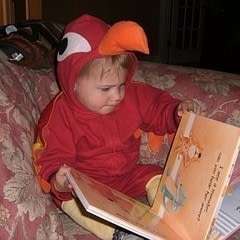 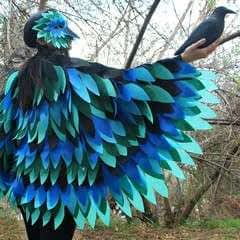 Halloween Bird Costume
Made this project? Share your version »