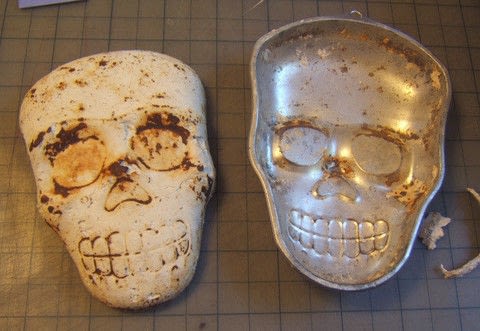 Papier Mache Skull with a Surprise Natural Rust Effect
Let me tell you a bit about it.

First I debated putting a release in the mold before putting in the papier mache, I decided not too. So it was a bit of a challenge getting it out about 2 weeks after I put it in. It took about that long to dry. But check out the amazing effect caused by the moisture being directly on the metal-rust!

It was completely unexpected, unplanned and a total surprise, but how cool is that?

I haven't figured out if it needs any further embellishment/surround/hanging accoutrement??

Any suggestions are welcome!

PlaidCrafter posted this project as a creation without steps 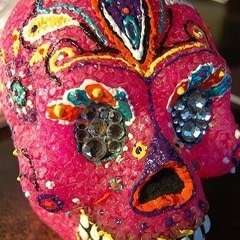 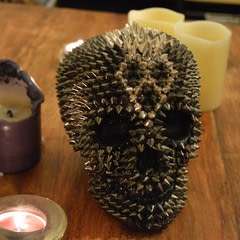 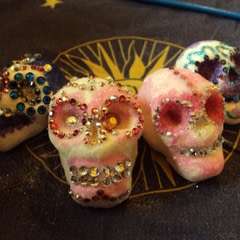 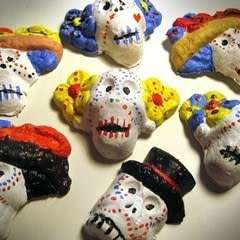 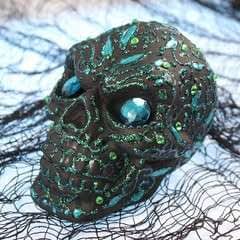 Decorative Halloween Skulls
Made this project? Share your version »

Nancy · Los Angeles, California, US · 54 projects 17th January 2011
Did you spray the pan with cooking spray to make it easier to get the mold out?
Reply


But it does look pretty badass. The brown makes it look ... idk... natural? lol. I think a gloss of slightly brown tinted varnash would look pretty cool.