Painted Tshirt For My Friend Morgan 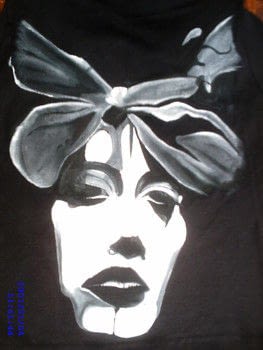 A unique gift for a special friend
This is the first t-shirt I painted and I did it for my friend Morgan, who is a huge fan of Marilyn Manson and Twiggy Ramirez. So hence the Twiggy image. I found an image that I liked using google, this particular one happens to be a still from Manson's Tourniquet video. I first printed off the image so that it filled an A4 page, but it wasn't quite as big as I wanted it, so I drew it out free hand on two pieves of A4 tracing paper making it an size image. I then traced over the drawing with a biro, using carbon paper transfer the lines I needed to the shirt underneath.
I put a sheet of grease proof paper into the inside of the shirt so the fabric paint I used wouldn't soak through to the other side. For the grey bits I just dipped the brush in a little bit of white paint then into the jar of water I had beside me to thin it down. To get the face the solid white that it is, I had to do about 3/4 layers. Each of which I allowed to dry completely, then ironed over to seal that layer of paint. I then put the shirt in the wash before I gave it to Morgan to make sure it survived its first wash alright.
Please ignore the time stamp on the picture, it was taken with my old camera which I could never figure out how to set the time on, and I've estimated a rough time it took to complete. I worked on it for a number of nights, perhaps 2 hours of work each night.

Blue Ruin posted this project as a creation without steps 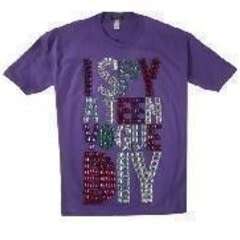 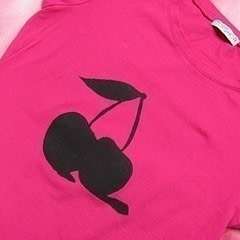 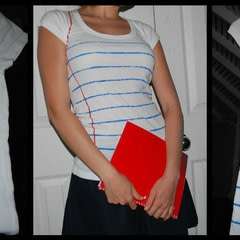 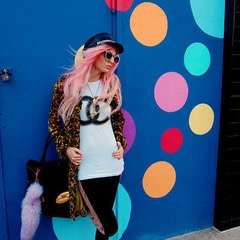 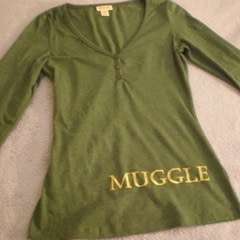 Freezer Paper Stenciled Shirts
Made this project? Share your version »