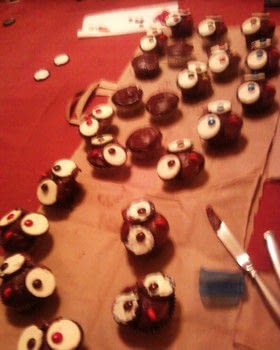 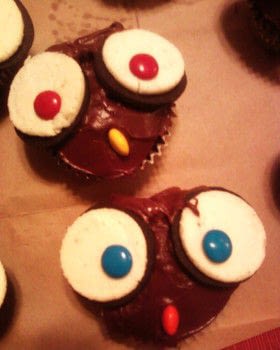 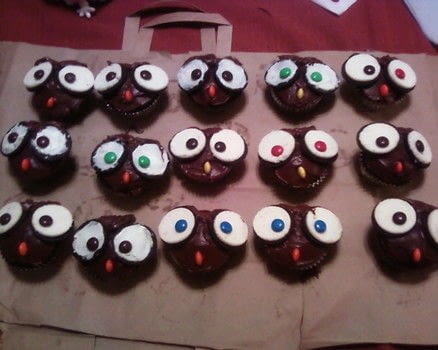 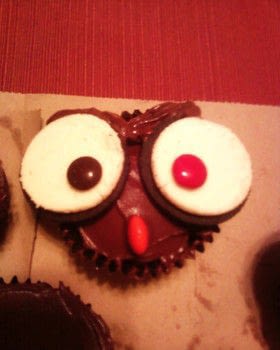 super cute, hoot hoot !
I'd seen something like these in the book Hello, Cupcake.

But I didn't remember everything needed to make them, so I tried decorating on my own and I think it worked well enough. : D

KMOM14 · Fort Wayne, Indiana, US · 377 projects 27th August 2009
They are adorable! This would a fun treat to make for a pre-school or grade school treat for the class, or even make up the cupcakes ahead of time and let the kids decorate after having a lesson on owls.
Reply

Margaret P. · U.S. Air Force Academy, Colorado, US · 2 projects 24th August 2009
I love owls and I have tried many times to make owl cupcakes. Thanks for the help!
Reply

How To Make Your Own Art Supplies: