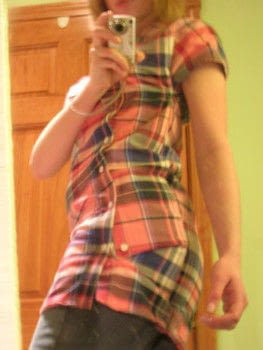 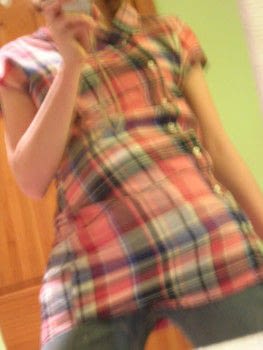 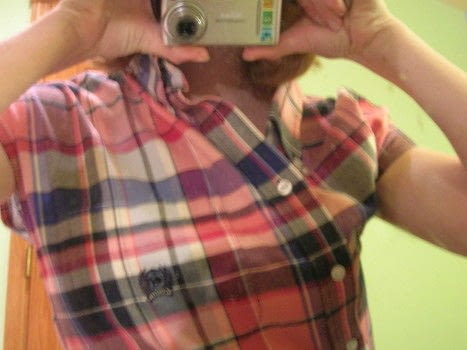 I took a large man's shirt and styled it my way
The shirt itself was only fifty cents at an auction, so there was no way I could go wrong! I wore this to school and got a lot of comments from people who were asking me if I made it, or where I bought it. If you want to do something like this, focus mainly on sewing up the sides and adding a pinch of you into the mix. It took me longer than expected because I really don't think things through sometimes... but it was worth it

Sophia E. posted this project as a creation without steps 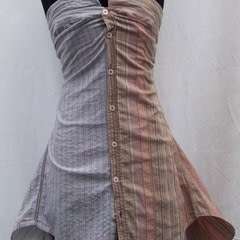 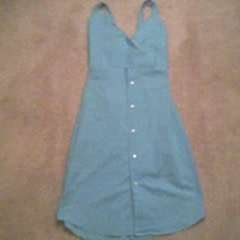 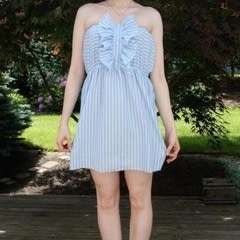 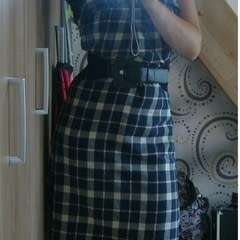 Dress Made From Man's Shirt 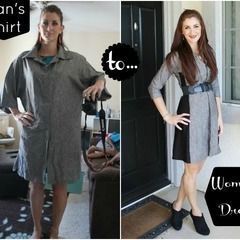 Men's Shirt Refashion
Made this project? Share your version »

Sophia E. · Hampshire, Illinois, US · 2 projects 19th April 2009
Thanks everyone! Sure, I'll take some better photos of it. As for a tut or how-to, I'll think about it and look around my house for another shirt. ;)
Reply

Catherine F. · 1 project 19th April 2009
It looked cute, but I couldn't really see it with all the weird angles. could you post a full-length photo?
Reply

Scissorfiend · Grand Rapids, Michigan, US · 1 project 18th April 2009
wow, so neat! could we get a how-to? Even just some general suggestions would be great. I love how the buttons go diagonally!
Reply