Off The Shoulder Braided Hem Shirt For A Little Girl 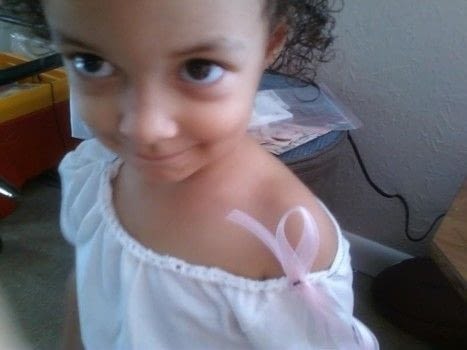 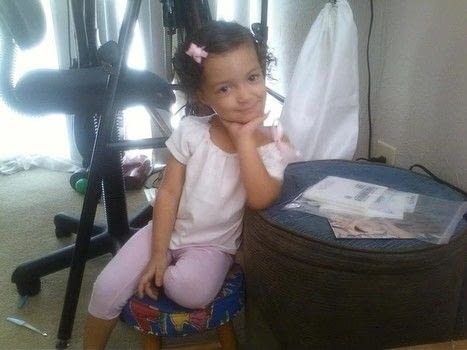 Just a quick T-shirt reconstruction for my toddler. Could be done for an adult too.
I just took a simple garanimals white Tshirt, cut off the collar starting right next to it on the side that I planned to be on the shoulder, and ending right at the sleeve on the off the shoulder side. I flipped down the raw edge and hemmed it.

Then I took the scissors to it, lol.
I cut about 1cm vertical strips into it all the way across the front of the shirt about 1/2 to 3/4cm apart. (You can do this all the way around if you want but I'm lazy)

From there I took the "loops" that are made from that process and flipped them around each other, starting at the left side of the shirt.

I'm going to try to explain this as best as I can. I pulled up the second strip, pulled it over the first strip and behind it, and then took the third strip and pulled it over and through the second strip, and then on and on, by pulling the fourth strip over and through the third etc etc etc. Once I got to the end I did a quick stitch to hold it, made a little pink bow, and sewed it on top of the final stitch and voila, off the shoulder braided hem shirt. It would work for anyone really, but I mostly make clothes for my kid.

Also, you could put elastic or ribbon on the off the shoulder side to hold it up, but I didn't need to. Would be cute that way though.

1 Any color Tshirt , new or used. I used a new one because it was given to us. 6 in Whatever color Ribbon Just enough to make a bow of whatever size you want to cover the raw stitching.

Shari V. posted this project as a creation without steps 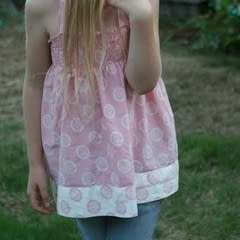 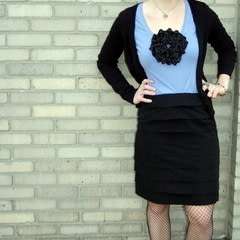 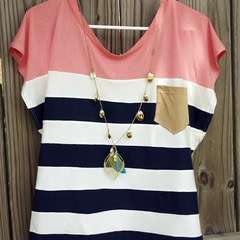 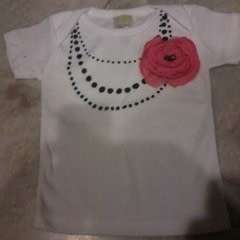 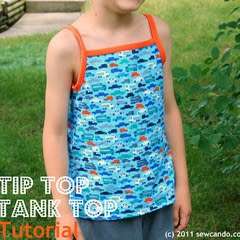 Tip Top Tank Top
Made this project? Share your version »