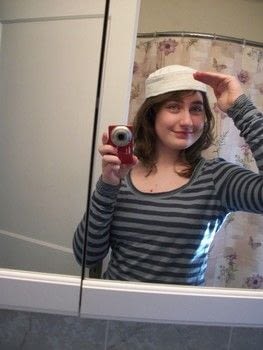 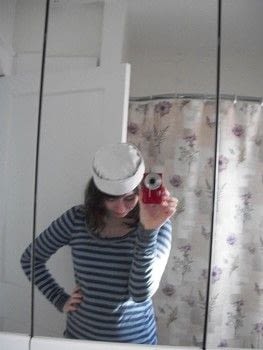 Based on No Sew, Sailor Hat! by Nastassia B.
Except this one was all sew sailor hat. ;)

I used Nastassia's tutorial as a guide for making my sailor hat. Instead of using cardboard I used two layers of jean fabric. Instead of coffee filters I used t-shirt fabric.

A lot of it was trial and error. It didn't come out as fantastic as I would've liked (though it looks more similar to a sailor hat in person).

So yup. Thank you for the tutorial Nastassia. I wouldn't have thought of making my sailor hat (which I wear often) nor would I have known how to execute such a thing. :)

Egleriel Adonnenniel posted this project as a creation without steps