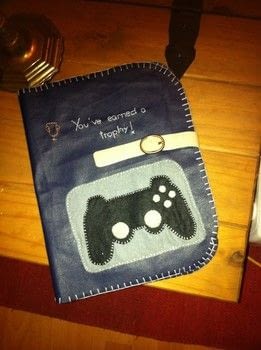 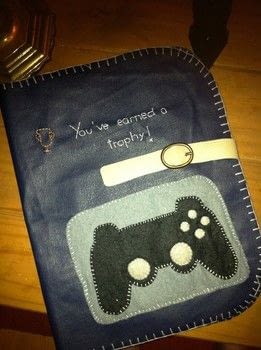 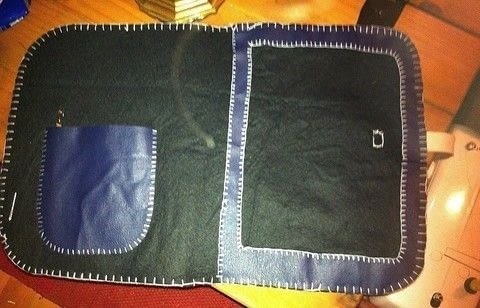 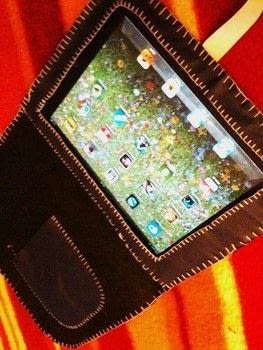 So everyone can see your priorities... with a basic how-to.
I made this as a birthday present for a very good friend, who is a huge geek and would probably trade his girlfriend for his ps3 if she wasn't the same. Some time ago he got an iPad and was constantly complaining that he couldn't find a cover to his liking. So, I made him one.
Unfortunately, my sewing machine couldn't handle the leather so I ended doing it all by hand. That is also the reason why I'm pretty vague about the time spent, I worked on it for a week, mostly in the evenings, but most of that time was really spent forcing the needle through the (very sturdy) fake leather.
The first problem I encountered were the measurements. I simply wasn't sure where to place the window... I ended up taking my measuring tape to an electronics store ^^
I also wanted to make sure he had a place to store the headphones, so the first thing i did was sew a little pocket to the lining fabric (fleece, so the display would not be scrubbed). Also, I wanted it to close. And as I really liked that little golden snap, I used that with some fake white-gray leather.
The rest is pretty self-explanatory. Added the writing and the controller (the fun part!) and hemmed it all (not that much fun...)

Feel free to message me in case you want to know something! ;D

LadyKabuki posted this project as a creation without steps 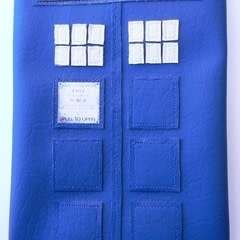 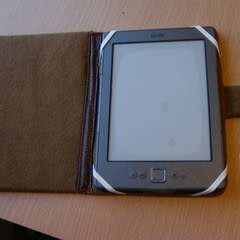 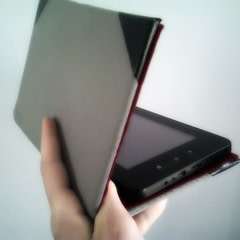 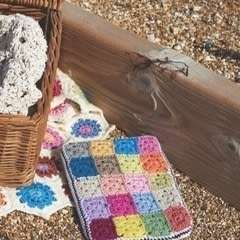 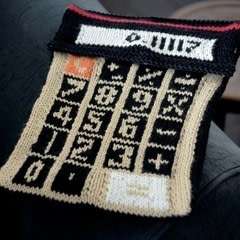 Calculator        Tablet Cover
Made this project? Share your version »