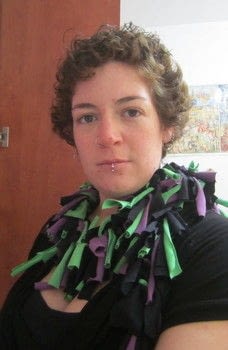 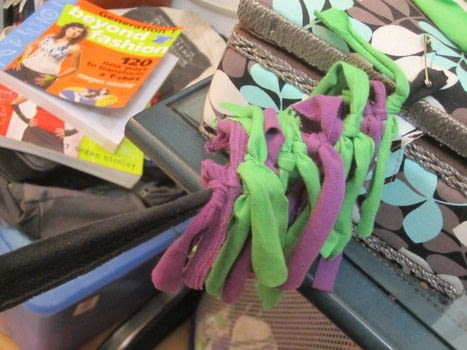 Neither a necklace nor quite a scarf, it's a necklarf!
This is based on project #115 "Tic Tac Boa" (p. 292) in Megan Nicolay's "Beyond Fashion.) I didn't follow her directions exactly, but did my own version with what I had.
First, I cut the bottom hem off a large T, and cut it apart so it was a long strip, not a loop. This serves as the base for the necklarf. Then I collected T shirt scraps in purple, green and black. (Just what I had the most of lying around - you can use any color!) I trimmed all the scraps so they were all about 1 inch wide and between 4-6" long. (This was the most time consuming part of the thing.) I pinned one end of the base strip to my sewing box just to give me some tension to pull against. I tied a knot in the top end of the base strip.
Then I simply began tying the scraps around the base strip, double knotting each scrap piece and sliding it upwards so it was pressed close to the previous knot. I did this all the way down the base strip, and when I reached the end, tied off the base strip in another knot. A great way to use up scraps!

Kumquat posted this project as a creation without steps 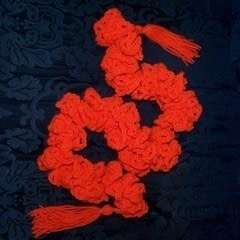 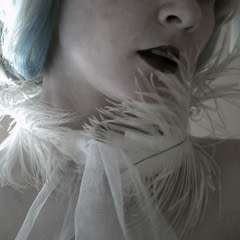 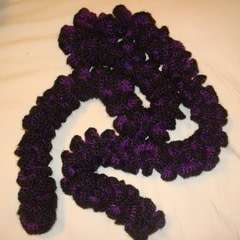 Two Toned Boa Scarf
Made this project? Share your version »