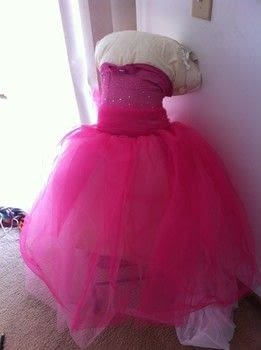 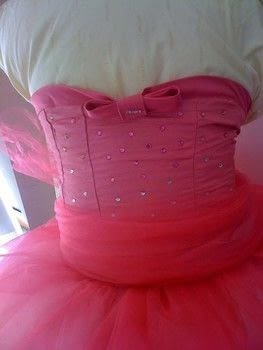 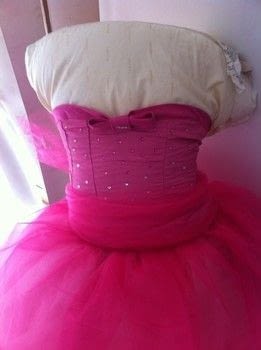 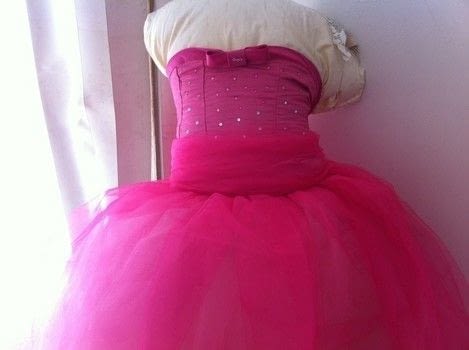 Birthday Dress I made for my little girl.
So. My daughter told me she wanted a princess dress for her 4th birthday. This is what I came up with.

I very new to sewing, so I had no idea how to do anything and I kind of just did everything along the way.

The first thing I did was took her measurements and drafted a corset pattern for the top part of the dress, and i did 7 panels 2 layers thick with the taffeta.
(if you don't know how to make a pattern, I can try to explain it the best I can over a message?)
I cut the pieces out and started to go, the middle part was folded so both sides were equal, and the panels were cut together to ensure they were all equal.
after sewing them all together, I stitched the tops together and cut off the excess string and fabric leaving about 1/2 inch. I put in eyelets in the back like a corset, while putting a modesty panel hooked onto one of the inseems with extra fabric (of course doubling under the fabric so it doesn't fray and stitching along there) and then sewed bias tape along the top and bottom of the corset. after doing that i set my iron on low, and followed the glamor glitz iron- on crystal hot fix instructions and added the crystals to the top part of the dress. with the extra bias tape i had, i made a bow by looping both ends then bringing the excess through the middle and hot glueing it together, and to the top of the corset part. i also put crystals on there to give it a little more dazzle.

The skirt was a pain. I took the tulle, single stitched? the entire 10 yards of both pink and fuschia colors and bunched them together by taking the top string and pulling it very carefully then closed it with a small stitch.. I then made a slip? that goes under the tulle with the taffeta and put the tafetta-elastic band-tulle in that order and sewed along while pulling the elastic to to ensure it all stayed together and bunched up together. the tafetta made it so you couldn't see the band or the excess tulle and it tucked into the dress...... if that makes sense.

so if your still with me, the dress is actually two parts. the top part is a corset with no boning, and the bottom is an elastic/taffeta/tulle combo, to make it look like the two pieces were one, i cut a little tulle off and saved it and made a belt-like piece that tied into a bow in the back.

next time i will take pictures along the way. I work fulltime at a nursing home and overtime is killer, so i had to do this project over a few weeks in my spare time. i did manage to make it in time for her birthday! she was very excited and so was i.

With me having absolutely so sewing experience except what I've learned over the hears, I was completely pleased with how it turned out.

Kayla H. posted this project as a creation without steps 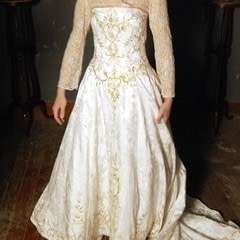 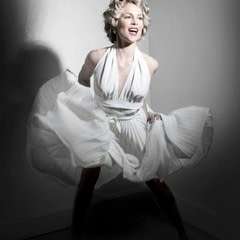 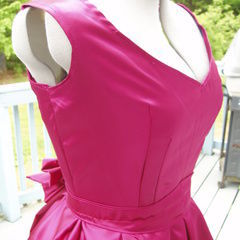 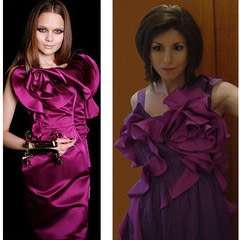 A View To A Frill 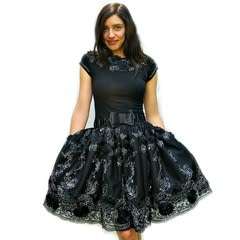 Party Dress Diy
Made this project? Share your version »

Kayla H. · 5 projects 12th September 2011
Thank you! She loved it! I didn't really know what i was doing so it turned out really well i think for just starting.
Reply

zoja · U.S. Air Force Academy, Colorado, US · 2 projects 11th September 2011
This dress is adorable! I bet your little princess loved it! I sure do!
Reply