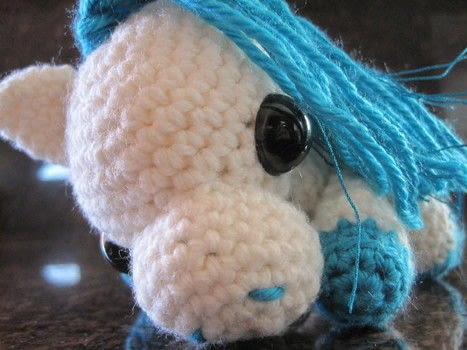 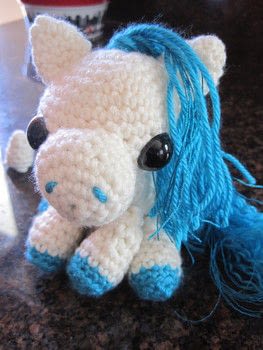 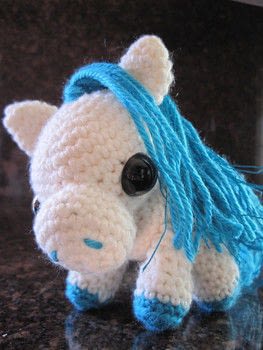 Oh so cuddly!
I moderate the online message board for ponystars.com and have become very close to my fellow mods. I decided the corchet them all gifts, and purchased a pattern on etsy. This is the first one, my proto-type to make sure I understood the pattern well enough. So, this pony is mine XD

Each mod chose their favorite pony and now I'm recreating them using colors and possibly accents, if I can think of them along the way :)

There is an optional horn that I may add later. I'm also in search for a wing pattern, although I may just make some out of felt and sew them on.

This is the model pony, my pony Eris, that I used for colors: I also added some sparkly metallic teal yarn for a difference in texture.

You can see in the second picture that I unraveled the yarn to give a fuller fluffier tail, but later decided that I liked the spun yarn. I ripped it out and replaced it with spun yarn, need to take pictures of it :)

And this is the shop that I bought the pattern from: http://www.etsy.com/shop/djonesgirlz

The pattern was very easy and fun.

I'll be posting each pony as it is finished :D

Hypergraphia posted this project as a creation without steps 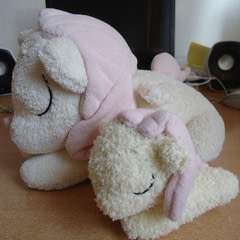 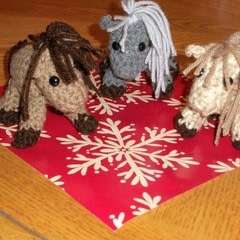 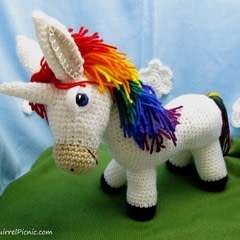 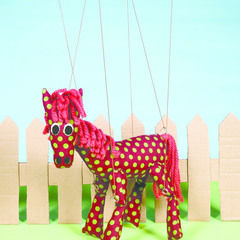 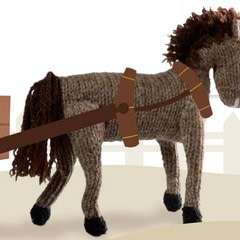