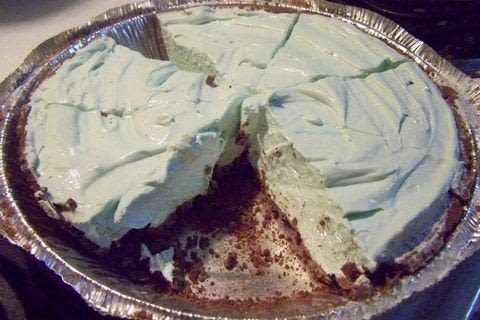 Based on Kool Aid Pie by Creativemind
I made this version with a chocolate cookie crust.

I also Berry flavor Mixade instead of Kool Aid and it turned out better than when I tried Kool Aid Berry Blue as it was less overpowering and tart than the Kool Aid version and it was more sweet with just a bit of tart flavor.

It took about 10 mins. to mix the ingredients together and then pour in the pie crust.

Instead of cooling the fridge, I put in the freezer and it cut the cooling time down to about 1 hour.

KYLESTREETRACER posted this project as a creation without steps