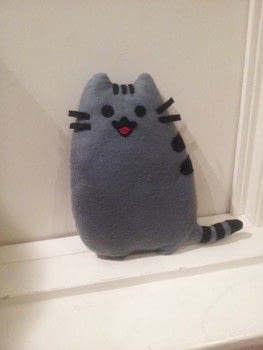 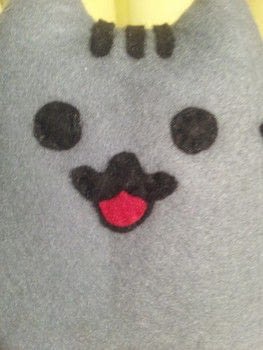 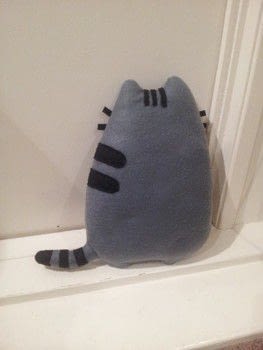 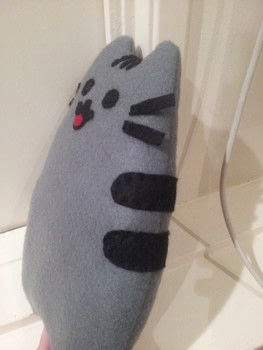 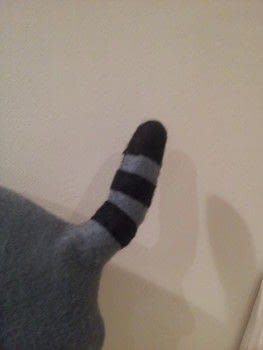 Based on Katniss Pusheen by Ana M.
I made this version for my girlfriend. This one is used in the Facebook messenger. The (somewhat resized) template is in the attached pdf (you'll have to tape or glue the two parts of pusheen together).
I used dark grey felt for the body and black for the eyes and whiskers etc and a small piece of red felt for the mouth. I also made a big red hearth, but I already gave it away, so I dont have a photo.
Furthermore I improvised the the tail, letting it point outwards, making it easier to sew. The tip of of the tail I made by putting two pieces of black felt between the grey pieces, sew that part with black thread. After turning it inside out, the stitches weren't really visible. The other two stripes I just sewed on afterwards.
Thank you Ana for the great Tutorial!
Oh and ps: I found sewing on the eyes en whiskers and mouth rather difficult, so maybe you should sew them before stuffing

Jeroen posted this project as a creation without steps