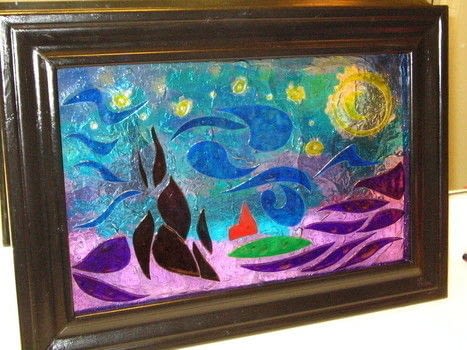 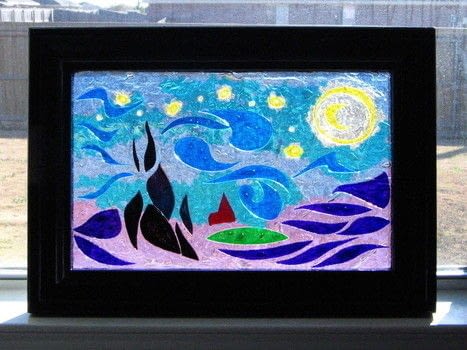 the finished project of melted plastic!
I took blue, clear, and purple plastic beads and melted them in the oven (very smelly with this ammount, btw!) then took shrink plastic and made the shapes to melt down for the actual picture part. I colored them with sharpies before I shrunk them... but after I placed them on the melted beads to fuse together in the oven, the color kinda beaded up and went away, so I found some of that plastic paint you use for the plastic suncatchers and painted the raised pieces after it was cool.
my husband made the frame with baseboard moulding sandwiched together and routed out for the plastic to fit in, so the frame looks the same from either side since it'll be seen from both sides if hung in a window.
we used screw hooks in the top of the frame and had some lengths of chain cut at Home Depot to hang it with.

it's based on the painting "Starry Night" by Van Gogh and is about 15"x22"! turned out pretty cool, and I would love to have my own, but I don't think I'll be melting anymore plastic like this again in my house! I have a new idea for something similar that I'll post on here if I ever get around to doing it :P 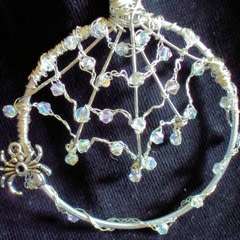 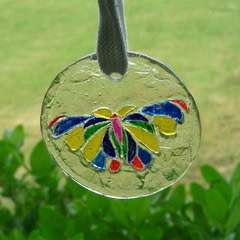 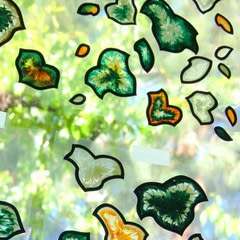 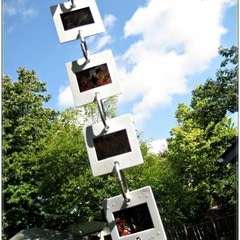 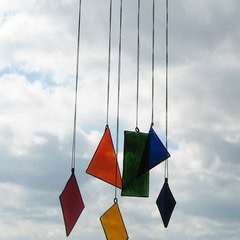 Glass Rainbow Window Hanger
Made this project? Share your version »

JessayahX · Frankfurt, Hesse, DE · 26 projects 29th December 2008
very sweet..
Love it ^^
I know what you mean about the smelling of melted plastic..hehe

I wish I had only one week without a offensive smell of Plastic here..
But we work to much with hama beads and other Plastic stuff..

Hope I don´t get ill because of it one day :-P
Reply