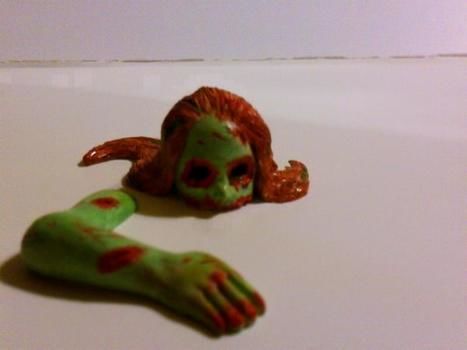 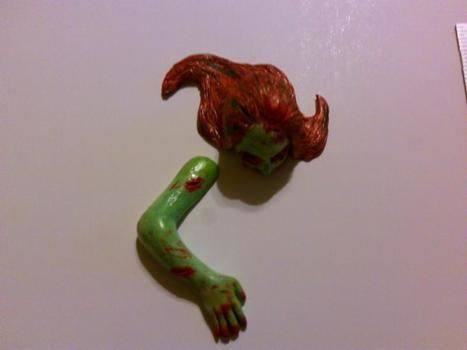 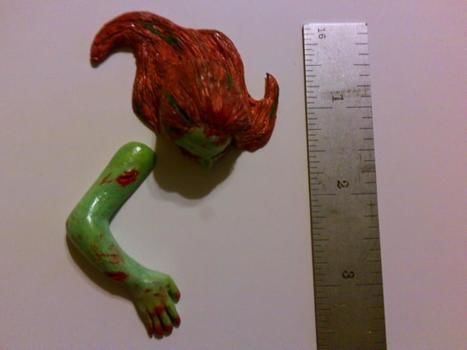 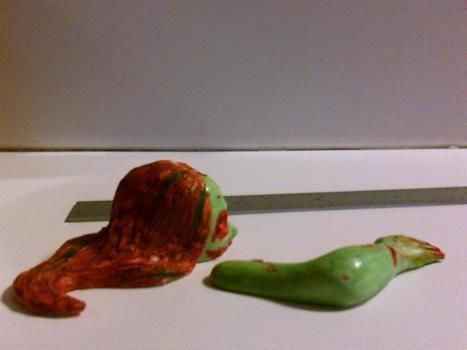 Mind your step lest you intend to get wet
Jenny Greenteeth is a character in English folklore, basically a bogey man of sorts. Its one of those grim tales told to children to keep them in line, most notably, to keep them from wandering near ponds or lakes. Most ponds have weeds growing in them and the trouble with that is they tend to have floating mats of vegetation that appear to b solid ground, subsequently children drowned in the weeds. By inventing folklore about a woman in the water or perhaps this mat of vegetation being personified as a woman, it became a way to keep kids away from the water where they may drown. I sort of envisioned her as a zombie or at the very least smeared in algae.
I molded a head and one arm for this after dusting the mold with talcum powder. I pushed a sculpting tool into the eyes to create sockets and with the same tool I pushed the clay away from around her eyes and mouth to simulate decay. I cut the lower jaw off and propped the head up by adding the hair, I did this to create the effect of her surfacing from the water. 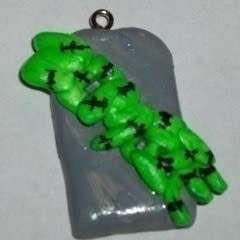 Zombie Tombstone Charm
Made this project? Share your version »

DarkAshHurts · 119 projects 12th October 2012
Awesome, as usual ;)
Would look even better with some scenery.

Azraels Requiem · Bridgeport, Connecticut, US · 47 projects 14th October 2012
Thanks. I recently did add scenery. I hope to add some new pics soon
Reply