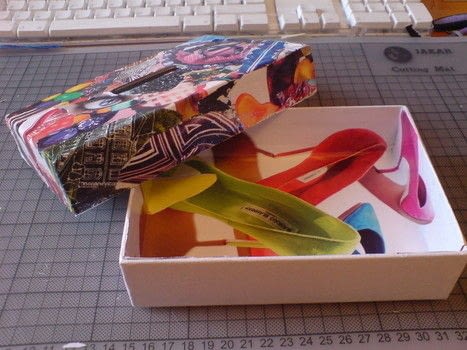 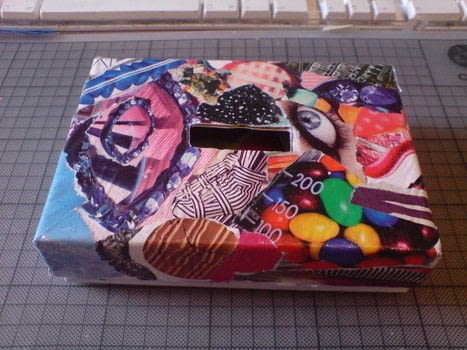 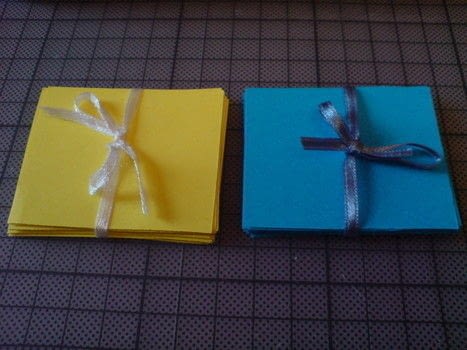 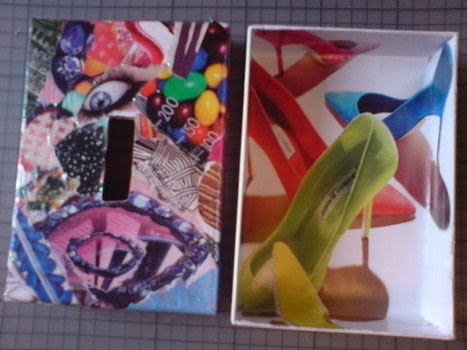 Based on Inspiration Box by Cat Morley
This is such a good idea! I had a box lying around, so i collaged magazine clippings on, then covered it with a layer of glittery mod podge (which i didn't know you can get here in England but apparently you can! :] ) I also made some little cards and tied them up with ribbon, they're on my desk so that when an idea strikes me i can fill in one of the little cards! It was really fun to make, and now, hopefully i won't forget what i was wanting to make (like i always used to do...)

Angeliiii posted this project as a creation without steps

. Some i have in at the moment are a cover for my school folder with baby grey material and a little dinosaur in the corner, a version of Cat Morley's fish plushie, and candles for my mum as a birthday present. Thanks for the comment!
Reply

Naomi T. · Mississauga, Ontario, CA 18th January 2009
How big is this box? What kind of ideas do you put in the box?
Thanks for the inspiration.
Reply