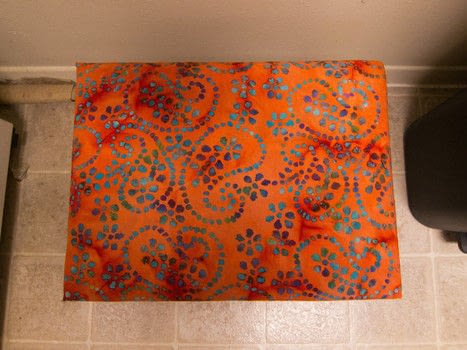 Got a crappy fabric? Cover it with happy fabric
I've only been wanting to do this in the last 3-4 years since I got the foot stool. But getting the motivation.....
Besides that point, it was easy. I mean, really . SO here we go: