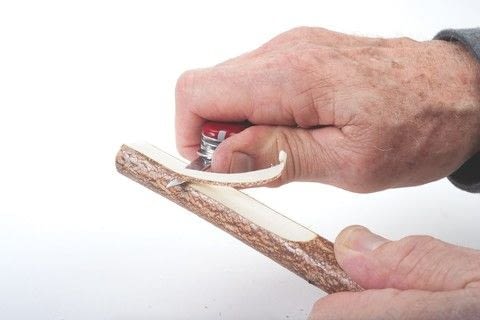 Basic Cutting Strokes
There are many ways to cut with a knife. These are the strokes I use the most often. I am demonstrating them for right-handed carvers. Left-handers, of course, will reverse the hands, following a mirror image of the photographs.