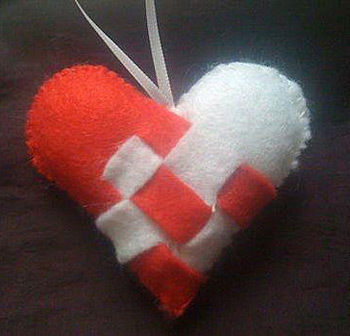 Before you start doing how to make accessories, you need to prepare two colors of felt which can be well-matched. You will see three kinds of color combination of bag accessories. Choose one you like and make.

kimberly.hodges.5059 · Maumelle, Arkansas, US · 2 projects 1st October 2013
so cute! I remember seeing this in an origami book,papercraft all around the world I think maybe if I can find it I can copy the pattern