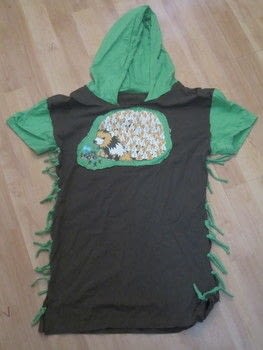 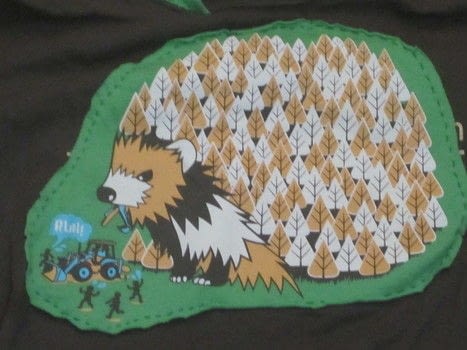 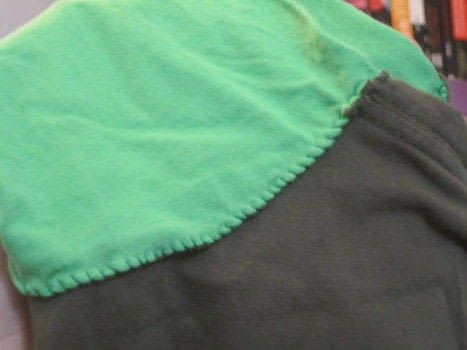 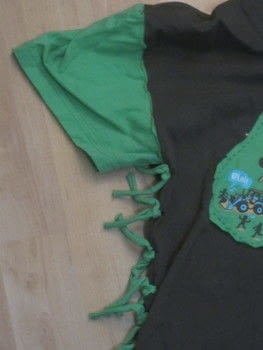 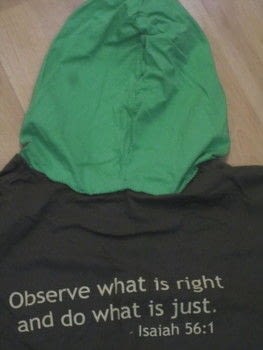 I started with 2 Ts in complementary colors, the olive one was a large, and the grass-green one was a medium that had shrunk, but with a really cute hedgehog graphic that I wanted to figure out a way to use.

First, I cut the sleeves off both Ts. I turned the grass-green sleeves right side out, and laid them inside the armhole of the olive T, which had been turned inside out. I pinned in place, and whipstitched all the way around. Same thing on the other sleeve.

Then I cut the hedgehog graphic off the front of the grass-green T, leaving only about 3/4" material around its edges.
I cut out the neckband from the olive T and measured the circumference of the hole & divided by 2.

Then I turned the grass-green T inside out & laid it flat on its sides so the new "front" and new "back" each had a sleeve on them. Using the measurement of the neck from the previous step, I measured this distance along the bottom hem & marked it. I then measured 14" up from the bottom corner of the T. From the other end of the measurement, I then cut upwards in an upside-down "J" shape. I marked the arc and then cut through both layers of the grass-green T, so I had a hood shaped double layer of material, which I pinned along the curve. Sew shut with a whipstitch.

Then I centered the hedgehog graphic over the words on the front of the olive T, to cover them up, and attached it with a running stitch.
Lastly, I poked holes down the sides of the olive T through both layers, under the armpits, and threaded grass-green scraps through the holes and tied into knots.

Kumquat posted this project as a creation without steps 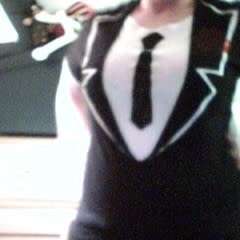 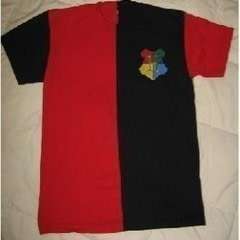 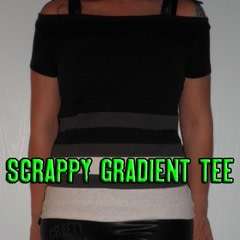 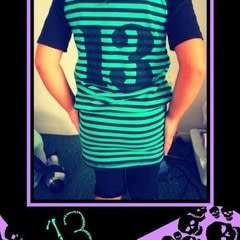 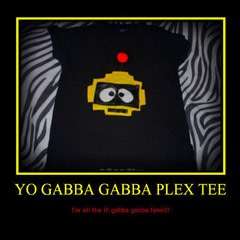 Yo Gabba Gabba Plex T Shirt Applique
Made this project? Share your version »