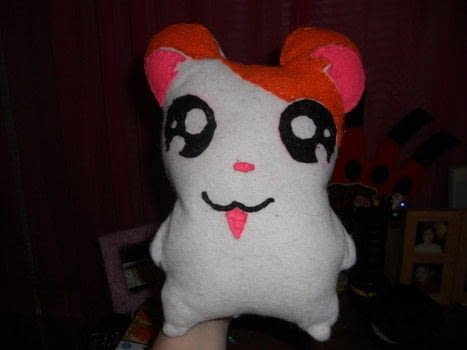 hamster from the popular television series! ^_^
Hamtaro is a popular cartoon, and this is the protagonist!

The first thing I did was draw the different features of Hamtaro on seprate pieces of paper. For example, I drew his body without features.

Then I cut out the different features (eyes, mouth, etc.) and traced them onto the corresponding colors of felt

After that, I pinned down the shapes and before sewing the body closed, I first sewed all the features onto the front of his body, without the second piece of white felt connected to it. I hand sewed them on because that's what I prefer but you can use the machine too.

After I was done sewing the features on him, I turned the face down, and put the second piece of felt facing his features and pinned them together and sewed it.

After sewing, I turning him inside out so his features were on the outside againg and stuffed him with cotton filling and closed him up!

Kathx posted this project as a creation without steps 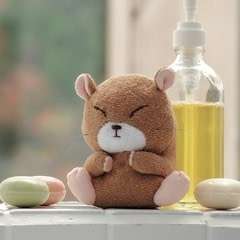 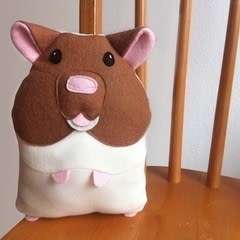 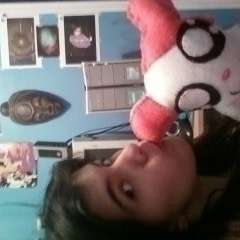 Gonna have to make my own one :]
Reply