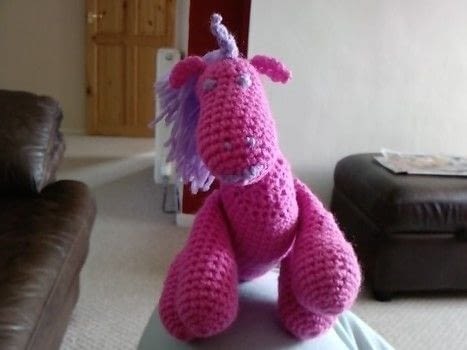 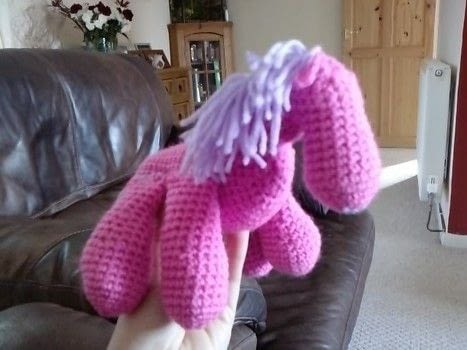 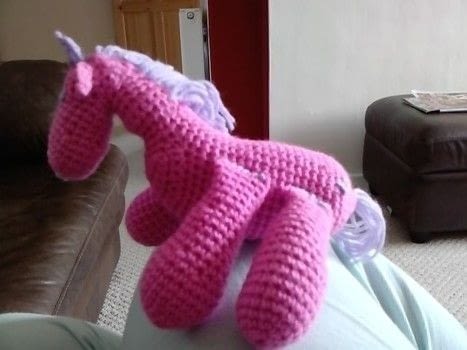 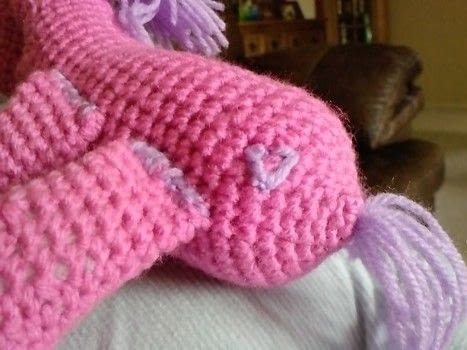 My super cool unicorn!!
My friend wanted a magical unicorn. The thing is I actually think he was being serious. I offered to make him one because you can't buy real unicorn's. Well I don't think you can (I accept being proved wrong on this).

Anywho - I tried to find a pattern but couldn't find one anywhere. The one I wanted was called Clop and Ali but it had been taken off the internet for some reason.

So I just started crocheting.
I did the feet first and then the body. When i did the head it looked more like a shoe than anything else! Doing the horn was a real challenge to be honest, I couldn't figure out how to do it at all, but I think it worked.

For the stuffing I used some cushion stuffing that I had.

Even though I did it without a pattern I think it turned out pretty darn good!

Sophie :D posted this project as a creation without steps 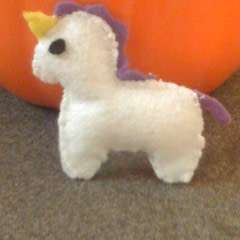 How To Make A 2 D Unicorn Plushie 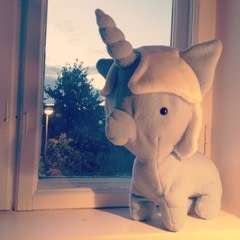 Sophie :D · Dereham, England, GB · 17 projects 5th May 2010
I made the feet first. I made a ring and just working up in circle. After about 2/3cms I started reducing the number if stitches. Do the same for all 4 legs (mine are all different thicknesses lol).
Do the same for the body but make it longer and thicker. Stop when it gets to about 6/7cms long. Don't cast off but keep going on one half of the body (kinda so it looks like a slipper).
Then do the neck.
Make a miniture body for the head and then all I did was sew the head onto the body.
Hope this helps some. If not I'll explain some more!! xx
Reply

Prinz3ssDoku · Lake Wales, Florida, US · 16 projects 5th May 2010
lol did you happen to write it down? i need a unicorn pattern bad T_T my mother in law loves unicorns and since mothers day is coming up..lol i think you get me XD im not skilled enough to make a unicorn on my own. because im not really sure how i would get the head to form into the neck and then to the body...if you could help me in any way i would be grateful ^-^
Reply

Unicorn Reality · Kendal, England, GB · 96 projects 4th March 2010
I found the horn on the unicorn I made really hard too! But it looks good!