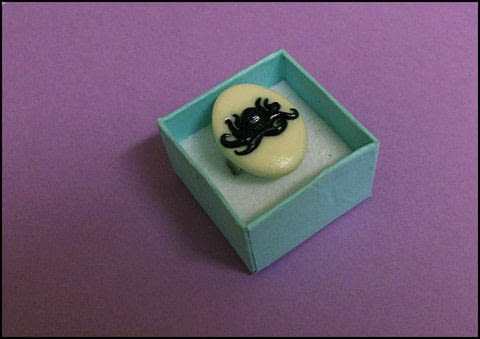 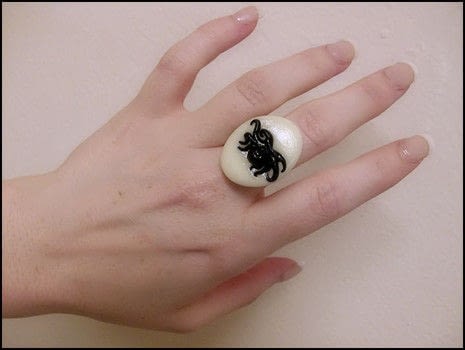 i call him maldoror!
Another of my polymer experiments :D It's glow in the dark Fimo Soft (I think their name for it is Nightglow, or something like that.)

I made an oval shape (I wanted it to be a rounded dome-type thing, but that didn't work out too well, so it's more flat.) The octopus is supposed to be a button. I pushed him flush into the clay, baked him, and then made a ring. Had to put some gloss on to finish it, after doing a little sanding.

It didn't occur to me that the octopus might melt in the oven until it was too late - guess its a good thing that you bake it on a low setting, and he survived :D

(And it glows like crazy, even just in the shadows!) 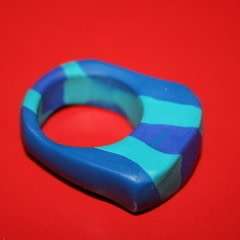 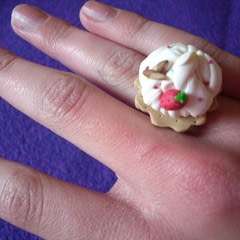 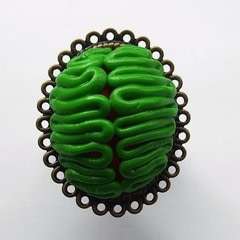 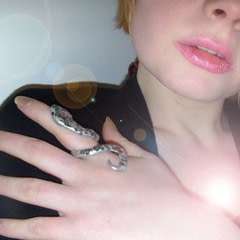 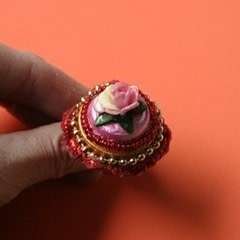 Kitschy Ring Made Of Recyling Materials.
Made this project? Share your version »