Glow In The Dark Key Toppers 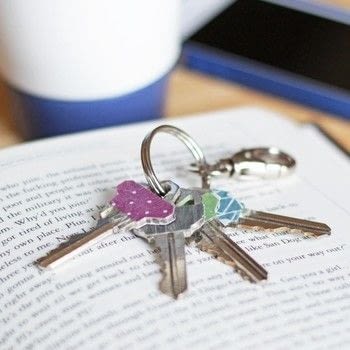 Make your keys easily findable in your purse with glow-in-the-dark key toppers!
I first tried Glow-in-the-Dark Mod Podge for Halloween last fall thinking I’d make some fun holiday decor with it. But then I realized there might be some practical uses for it. These key toppers utilize the glowing properties of the Mod Podge to help you find your keys in the bottom of a deep, dark bag.