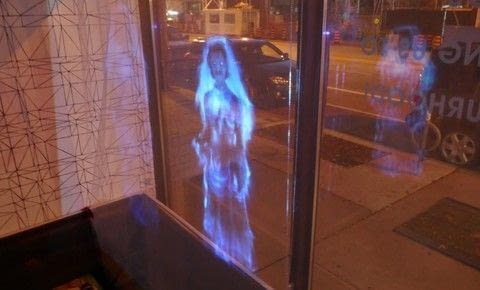 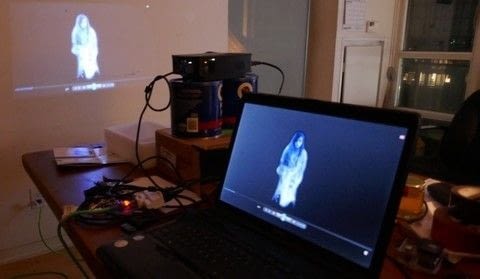 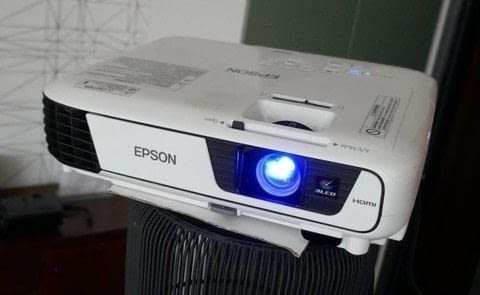 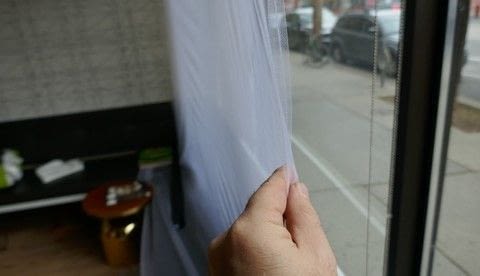 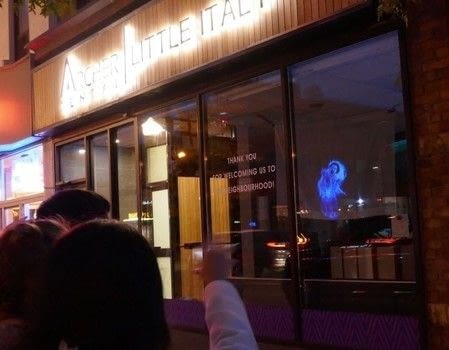 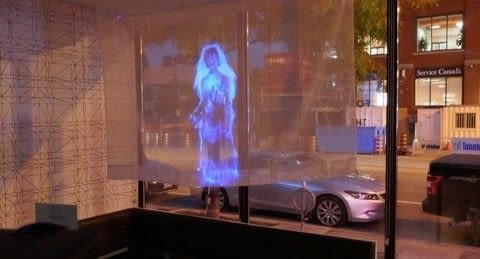 Ghost Projector Halloween Window
Want to make a ghost appear in a room?

There are three core components to a successful ghost projection.
1) The projector
2) the 'screen' material
3) the media

Projector - as bright as possible
We bought the Atmos FX projector and it came with a few mini ghost movies which were very spooky but too short. It also came complete with two tablecloth-sized back lit projection screens which were not very impressive , at all - you know the shadow play of the knife killing the woman in the shower in Psycho? its meant for that kind of media. Its not meant for a near holographic projection of a ghost which is what we're making

The tests we did resulted in photos that were so lame they're not worth including in this retelling. Some of us were rather discouraged after the first tests. The FX projector we bought was not very bright, and it wasn’t designed for commercial settings. One of the downfalls of doing this on a downtown street is the inherent light pollution. Cities are bright places even at night. We did this on college st in downtown toronto and the ice cream shop next door i ablaze with neon.

The light outside which was so very bright it dulled the effect of the consumer grade FX projector we’d purchased. so we got a 1800 lumens bright projector and went to Fabricland and bought the proper sheer fabric (which could be a little denser to be honest as its hard to focus the image on this fabric i have - as you can see in the pictures)

The Media came with the first projector (AtmosFX) and I thought it was very good ; the girl ghost is very haunting and she floats perfectly and her eyes are really piercing and seem to always be looking at you no matter where you are standing (and on which side of the window you are standing too) but the media clip that came was too short, so I went online to Atmos FX media and bought another two minutes of her floating around and then used Shotcut to stitch it all together and make a 4 min movie. Now when i get this working just right i will photograph the business owners (dentists) and make them ghosts - white faces and shoot against black wall

And also my ghost is apparently too close to the window... Experts say i should have set the fabric back three feet minimum and put the project ten feet back from that and slightly higher up so the beam never catches the eye of people outside on sidewalk (unless they are really short).

Robert C. posted this project as a creation without steps 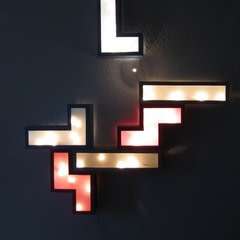 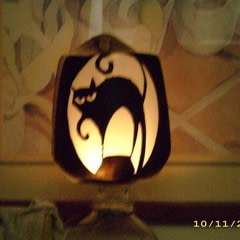 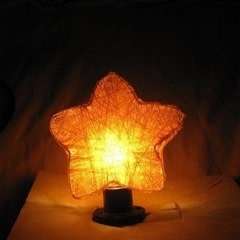 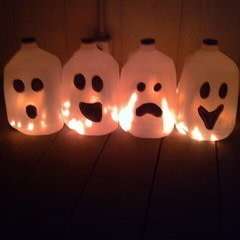 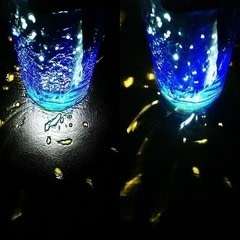